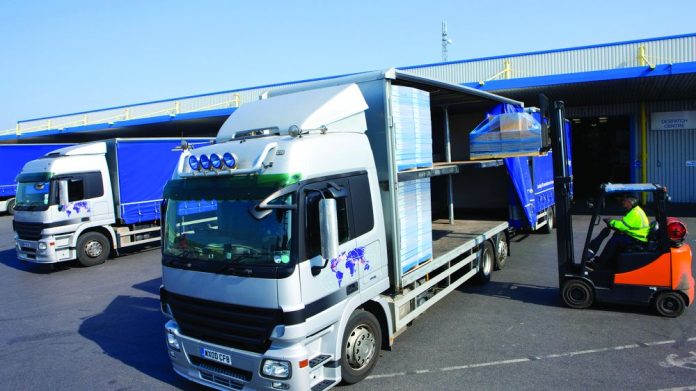 A perfect storm of Brexit teething problems and a quickly reawakening economy is causing bottlenecks in the supply chains of almost every sector that relies on logistics and physical product – from pints, to paper, to pub gaming machines. Coinslot looks at three announcements this week, all unrelated, but all very much connected to the a troubling question: are delays and price hikes an inevitability?

Global logistic, freight forwarding and supply chain specialist Woodlands Group has warned that cost increases between 5-10 percent have already been implemented across much of the haulage market, with a cost increase of the final end product to be expected.

That is news that will, and has, rocked a number of machine and equipment supply businesses in the industry. Woodlands are used by several distributors.

The group said that the impact of a driver shortage has been felt industry-wide and is far-reaching, with the significantly reduced capacity affecting final-mile delivery of products to the end consumer.

“Major delays continue on the pallet networks with all timed deliveries being withdrawn while economy services and longer-lead deliveries have become the norm,” a spokesperson for the group wrote. “The lack of supply to meet demand has pushed up singular movement costs and driver salaries.

While the UK government has announced its intentions to temporarily extend drivers’ hours to counter the impact of the shortage, the logistics industry is calling for the government to take action by improving driving conditions to attract more workers, to remove the bottleneck in HGV training, and to add LGV drivers on the skilled workers list under Brexit regulations.

The Brits, it seems, are no longer mad keen on haulage – the ‘I like trucking’ mantle has been assumed over the past three decades by European drivers who have been a key part of the UK transportation service.

The shortage of drivers, the haulage industry argues, is a problem that cannot be resolved by increasing working hours. The number of qualified and fully trained drivers are currently not in the system, leading to widespread calls for the government to relax contract requirements to enable European drivers to return to the UK to work.

That timescale is longer than the haulage industry would want; and one reason why it is now warning of price hikes and longer delays.

The supply chain and its customers are on notice.

The British Beer and Pub Association has warned that a temporary extension of working hours for hauliers is not the answer to a shortage of staff being experienced in the logistics sector across the UK.

The shortage in HGV drivers is being felt by all sectors in the UK and Emma McClarkin, chief executive of the British Beer & Pub Association, said that extended hours only were not a solution, and that more action from government was urgently needed.

“Extended hours for hauliers only papers over the cracks of the delivery staff shortage being experienced in sectors across the UK,” said McClarkin. “There is still plenty of beer to go around, but more action is urgently needed from the government to rectify this issue both immediately and in the medium term.”

It was a reassuring note worth hearing again – there is still plenty of beer to go round – albeit 7 million pints of it were downed and drowned in by England fans on Sunday – but the trade association reiterated that booze is being delivered.

For how long remains a concern, not least because the list of sectors now impacted by the hauliers shortage is growing rapidly.

SB Machines’ Paolo Sidoli has been warning of possible rising costs for the industry for several months now – and together with UDC and Electrocoin, the machine distributors have kept a daily watch on transportation developments. And that view is not a pleasant one. This week, no sooner had suppliers worked their way around the Woodlands haulage price rise, when another supplier of goods to the amusements industry announced news of, yes, you guessed it: delays and price increases.

Paper and cardboard is getting pricier – the paper supply chain finally being ripped and torn following disruption from a combined force of Covid-19 and Brexit.

Seda, which supplies Sidoli, and many other amusement businesses with paper cups and other disposables, have told him they are “not going to supply us until next year at best”.

“As the world wakes up, factories cannot keep up with demand,” explained Sidoli. And he has other fears. “I have also been informed that Brexit is another contributing factor – the American companies do not want the extra hassle. It is easier to walk away and stop trading with UK because there is plenty of demand elsewhere.”

That demand, Sidoli suggests, has increased in some part due to the bad press plastic has been getting, but the irony will not be lost on environmentalists: unfortunately, “with paper shortages looming”, polyethylenes look likely to make a comeback.

In light of such disruption to the supply chain, Sidoli is stocking up.

“What are we doing about it?,” he mused. “We are now raising our inventory levels of paper wherever it is being used in our business – serviettes, toilet paper, cup holders, disposable trays, paper packaging etc. Normally we hold between one and three months stock, we will raise this to cover six to nine months.”

The bottom line, Sidoli concludes, will inevitably be an increase in prices, “and considerably so” – as it will be for any sector with similar supply chain disruption.

And with UK hospitality experiencing a surge in demand due to staycations, we’re going to need something to drink that beer out of and cartons to scoop the ice cream from.