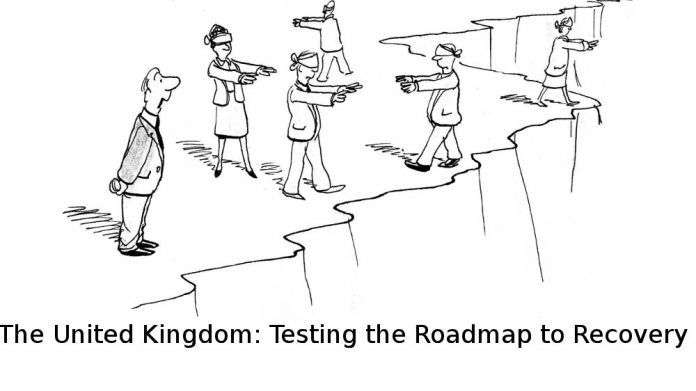 Why do 25 percent of Brits want casinos closed permanently?

After 16-months of scare tactics a warm welcome to Authoritarian Britain!

Although quoting the results of surveys should always carry the usual health warnings relating to sample size, methodology used and perhaps most importantly the interests of those who’ve commissioned the survey in the first place, the findings of the latest poll of the British population carried out by Ipsos Mori for The Economist are eyewatering and depressing in equal measure.

Alongside quite predictable opinions about whether to mask or not to mask, significant sections of the British public, it would appear, have either lost their marbles completely or are suffering from some variant of the Stockholm Syndrome and become infatuated by a form of authoritarianism the Stasi would be proud of.

The poll shows that one in five Britons favour the introduction of a Covid-style 10pm curfew as a permanent feature of everyday life in modern, outward looking social, fun-loving Britain. For those of us who can still recall through the dense fog of Covid regulations what happened when, the Government introduced such a curfew in September a measure that it repealed two months later.

The findings become increasingly dystopian in nature. In a piece of dispiriting news for Simon Thomas et al 25 percent believe that casinos (and night clubs) should remain closed – permanently!

Riding a similar wave of intolerance and absurdity 35 percent said travel quarantine measures should remain in place permanently, regardless of the worldwide Covid situation and 33 percent want to keep the Test and Trace check-in system even after the pandemic has ended.

As society has railed against the removal of every day freedoms it would appear that significant sections have either delighted in them, used them to justify their existing prejudices – such as a pathological dislike of other people enjoying themselves – or have been petrified into accepting them.

The book ‘A State of Fear’ documents how the Government has used a battery of propaganda techniques, including the manipulation of graphs at press conferences, quoting outlandish worst possible scenario modelling and out of context data to scare the proverbial out of the population with the sole aim of making us compliant.

It would appear that they may well have over delivered on this one.

From dither and delay to divide and dissolve?

It’s been a landmark week for the UK, four nations all coming together only to come apart.

Four nations, four visions of freedom and four roads out of Covid – and most likely the dis- United Kingdom. On the high streets, at the coast and in the pubs, operators may well have caught a glimpse of Britain in the future.

This week we saw the continued evolution – rather than devolution – of four separate, independent nation states with different rules, different parliaments and different perspectives.

Not one country in the UK managed to agree with one another on how to exit the Covid restrictions that have crippled the … members of the union – a term that seems ever more unlikely to see out the decade.

At the most important turning point in at least 75 years, England, Scotland, Wales and Northern Ireland were as coordinated on Covid policy as four clowns putting on a show in a circus ring.

Somehow, politics seems to have displaced Covid policy, leaving an increasingly disconnected union of countries governing businesses which are instrinsically connected by a once established infrastructure of uniform rules and regulations.

So now, you’ve got no masks in England, but mandatory face covering in Scotland and Wales; open for business signs in England but only half open in the other three countries;and the biggest joke of all, relaxation of Covid measures on July 19, July 26, August 7 and August 9 – all across the UK.

Which raises a fundamental question: under these conditions, how realistic is it to continue to run nationwide businesses and nationwide supply chains amid growing intra-national problems?

We are effectively creating a domestic Brexit within our own borders.

How ironic, then, for a man whose political idol Sir Winston Churchill saved Great Britain, Boris Johnson may be on course to divide and dissolve it.

This pandemic has highlighted how dis-United the Kingdom is. The roadmaps have been uneven, unequal and un-coordinated – with British businesses all in the same sectors governed by completely different operating rules and restrictions.

That’s not the best way to shape a recovery, neither is the growing disharmony and widening gap between the four nations’ governments.

The roads to Scottish independence, a united Ireland and a seemingly British ‘Overseas’ or ‘more appropriately Overland’ Territory in Wales all seem to be opening up.

As the inevitability of a separated United Kingdom looms, we probably need to start working hard to ensure that business governs the relationship between the four home nations rather than governments. We are probably far better equipped to manage a probable exit from the union negotiations – we would certainly do it more intelligently and thoughtfully than those that did the exit from the European Union.

That means no borders, free movement, free trade. Shame they didn’t think of that two years ago!