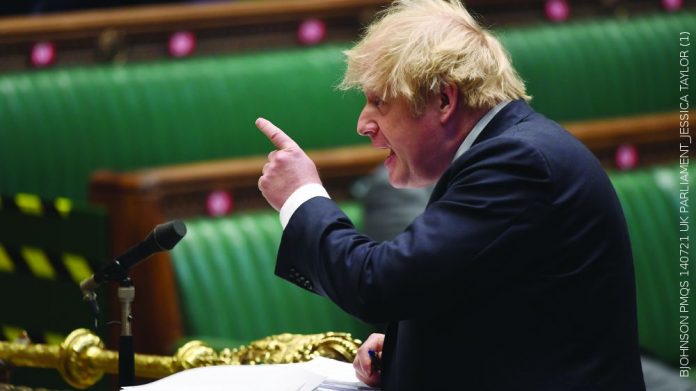 If there’s one thing that unites this Kingdom, it’s the fact that it’s anything but United. England, Scotland, Wales and Northern Ireland have all opted for freedom day, but not on the same day as one another. The relaxation of Covid restrictions will come into effect on July 19, July 26, August 7 and August 9 across the four countries of the UK, leaving an uneven and unequal roadmap to recovery. Welcome to the new normal.

Politics played its strongest hand this week in the relaxation of Covid measures with England opting to stand, Scotland and Wales hitting, and Northern Ireland still deciding whether to double down.

With each UK government desperate not to bust, three of the four came up with a different set of relaxation measures this week – different dates for the legal lifting of measures, different rulings on mandatory face masks and a different application of social distancing.

In England, the return to action starts on Monday 19 July, one week earlier – it’s expected – than Northern Ireland. Scotland will draw its caution out for a further three weeks to August 9, whilst Wales also opted for caution pushing its date to August 7, a little sooner that the Scottish nationalists.

But it was Boris Johnson’s confirmation of full relaxation coming home to England on Monday that set the bar for the rest of the UK to, predictably, jump higher than. Despite criticism of what are exceedingly dippy and confusing guidelines on face masks and social distancing, the legal noose was at least withdrawn from English businesses.

Let trading, BJ says, commence. But it’s unlikely to be that simple; government guidelines seem to be as loose as a pair of hooker’s knickers.

Although that didn’t stop Bacta from having a crack at navigating its way through them. The trade association, widely praised for its dialogue with the industry throughout the pandemic, was warm in its response, noting that the news will come as a “great relief”. However, it too, recognised the amusements and gaming sector was in unknown territory with regard to clear guidance on face masks.

In a despatch following the announcement, the association stated: “In a slight change of tone, the wearing of face masks will be encouraged, particularly in enclosed spaces and on public transport. The removal of social distancing in particular will come as a welcome step for the hospitality sector and for arcades who will also be able to remove capacity constraints, flexi glass and other risk mitigation measures.

“Members are advised, however, that before doing so, consideration is given to likely customer reaction to entirely removing any of the measures you have put in place.

“It is likely that many customers will be looking to businesses to maintain certain elements of the Covid-19 response to keep them safe, for example through the provision of hand sanitiser. Members should also continue to display the track and trace posters for customers to use.”

The BBPA were much more effusive. Emma McClarkin, chief executive, was only interested in the positives: “After nearly 18 months of closure or heavy restrictions, ‘Freedom Day’ on Monday 19 July is a huge milestone for our sector.

“It means our beloved locals can properly reopen and operate as they are meant to do so. A pint on ‘Freedom Day’ is going to be all the more special!

“We anticipate some 2,000 more pubs could reopen from July 19th. These are pubs that were unable to reopen and operate viably because of the restrictions.”

She was also interested in the money: or lack of currently for the sector “worst hit by lockdown”.

“We now need the government to invest in them [pubs] by reforming VAT, beer duty and business rates to reduce the unfair tax burden they face and aid their recovery.”

One warning, however, from the former Tory MEP: “Any new guidance must not be used to impose unnecessary and unfair restrictions on pubs via the backdoor – resulting in ‘Freedom Day’ for pubs being in name only.”

In Scotland, though, the industry’s response was less enthusiastic; Nicola Sturgeon’s propensity to nanny the country through the virus was still very evident in the unlocking process.

John White at Bacta was a little disheartened: “We are disappointed for our members that the First Minister has not been able to go further in reducing restrictions for hospitality, where any social distancing and continuing table service will continue to hit machine income.”

White was also mindful of FREEDOM DAY other continued restrictions which will concern Bacta members: “Of note, there will be a requirement to wear face masks for some time into the future. Hospitality will see Social Distancing fall from 2 metres to 1 metre between groups.”

The drinking community, too, will be dismayed in Alba; and the Scottish BBPA undoubtedly were. McClarkin’s response was just a few shorts short of an eyeball to eyeball “The decision to maintain a curfew is hugely disappointing and will exacerbate the financial difficulty many hospitality businesses find themselves in. The sector has suffered the brunt of the restrictions for over a year now and this last-minute change is another blow to the trade.”

But then there’s always Wales; yesterday, the Drakeford government were not to be outdone on disharmony; it agreed with neither Scotland nor England and plumped for August 7 for its freedom day. However, there were some relaxations unveiled, but face mask protocol remained a little foggy – to be continued in indoor venues, but not for pubs and restaurants. In arcades and FECs, however, the jury is still out until fuller details are released.

For a United Kingdom, closed down for much of the last 16 months, national dis-unity between governments is probably a small price to pay – but it’s still three weeks of less income for Scottish operators, 19 days less for Welsh arcadians, and at the moment who knows how much less in Northern Ireland.

It might be small change, but small change is a huge amount for many of these businesses struggling to recover from Covid.