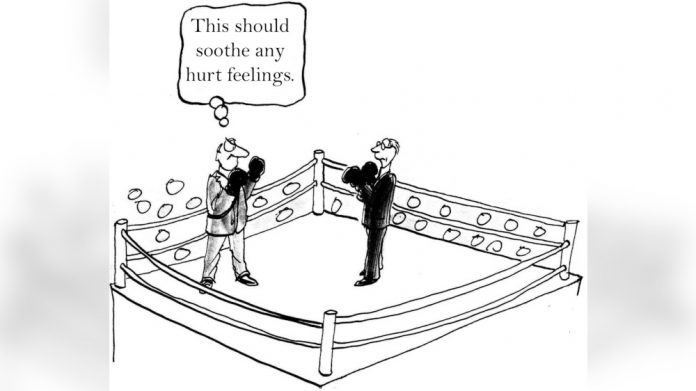 The return of Blackpool’s stripey deckchairs are rich in symbolism

If ever there was a sign that hospitality is going to be at the heart of the post COVID recovery then it can be found in the hugely symbolic return of the traditional stripey deckchairs to the promenade at Blackpool.

Inextricably associated with the Great British seaside holiday, the foldaway holiday mainstay was removed by Blackpool Council a decade ago when it sold-off its last stock of 6,000 chairs saying they had not been used for three years.

Now local businessman Andrew Beaumont, who previously rented out chairs on behalf of the Council 30-years ago, has launched the ‘it does what it says on the tin’ named Blackpool Deckchairs enterprise which will supply a range of traditional deckchairs and wind breaks for hire.

Blackpool Council Leader Lynn Williams said it was fantastic to see their return to the self-proclaimed UK staycation capital arguing: “There will be a whole generation of visitors who have never experienced hiring a deckchair for a day on our beach” adding that their return will also bring back many happy memories wishing Andrew Beaumont “every success.”

There’s no doubt that Coronavirus has reset the holiday dial with restrictions on international travel leading to an inevitable surge in domestic tourism.

This represents a once in a generation opportunity for Britain’s seaside resorts to showcase what they do best and deliver a summer of fun-filled family entertainment.

It might not be a return to the 1950’s and 1960’s when thousands of visitors would cover beaches from Blackpool to Brighton, but at least it represents a window for resorts to ‘build back better.’

Hospitals can cope – so let’s get on with it!

It’s time to draw a line under the restrictions that have destroyed so many businesses and put even more in jeopardy.

While the number of Covid cases is sky rocketing, rising by 75 percent week on week, breaking the link between infection and hospitalisation has finally given the green light for the re-opening of society and business.

You can tell the strength of this case when even the normally ultra-cautious scientific community agrees. In June the number of hospital admissions doubled but averaged 204 a day compared with a peak of more than 4,000 in January.

Furthermore, by July 19 two thirds of adults will have had both doses of their vaccines and there’s increasing evidence and optimism that the jabs are breaking the link.

At last, the argument that the country needs to adapt to learn to live with the virus appears to have some traction with Professor Chris Whitty confirming that at a certain point you have to accept the state has done most of the things that society can reasonably expect and that we will have to live with a virus that will continue to cause premature deaths for the rest of our lives on a par with the 20,000 people who die in a bad flu season (22,000 in England 2017/18).

The appointment of former Chancellor Sajid Javid as Health Secretary has to represent good news for the business community. In his first day in office Javid said there would be “no going back” to lockdown restrictions once they are lifted, enabling businesses large and small to get back to normal – the big challenge now is ensuring that businesses, in particular the beleaguered supply chain, is match fit.

A positive, business-friendly Review of Gambling, which has safer gambling at its core, would be a start.

The war is over, let the new wars begin

After 21 years of fighting, the war with HMRC is drawing to a close. So what lessons should we learn from it all?

Well, the first one is I should have carried on doing law at university instead of switching to history after the second day. Given 21 years of a legal free-for-all in the battle with HMRC, the lawyers will certainly come out of it richer than god.

Second lesson, the real war is probably only just about to begin. One cannot imagine HMRC will contest the First Tribunal decision – it must be as sick of this case as the industry is. But, it’s unlikely peace will break out for sometime.

It has taken HMRC 15 months to process the last batch of refunds for the pre- 2005 claims; and apparently, it’s nowhere near finished on that round.

With an estimated £500-750 million due back in this current tranche – how long that will take is anyone’s guess. But it won’t take much guessing to forecast that this is a battle on the horizon.

The industry is desperate for cash – especially when it’s the return of its own money – and in post-Covid Britain, cash will be king and the industry will want it back… yesterday.

And lesson number three is tenacity. Rank didn’t give up and the industry is better for it. Despite the bullying and aggressive tactics of HMRC in which it hounded businesses for the monies it thought it was due; Rank Group persisted.

And that is an important note to take from this entire debacle: do not concede to the bullying tactics of the authorities, be they tax or regulatory.

We must stand up to them.

It’s important to note that these bodies are playing with your money – the regulator is using your licence fee proceeds, the taxman is using your tax receipts. And as officials, they probably don’t give a shit if a war erupts – after all, what have they got to lose; certainly not their own money and probably not their jobs either.

You, on the other hand, have got everything to lose – be it asking the government for targeted sector grants like Andrew Reilly did this week; or pushing the Gambling Commission to get your licence application sorted after six months (more of that next week); or standing up to HMRC for taking money they shouldn’t have done, as former WMC official Barry Slasberg has done for years.

If you know you’re right – and more importantly if you know they’re wrong – do a Rank and bang that gong as loud as you can.