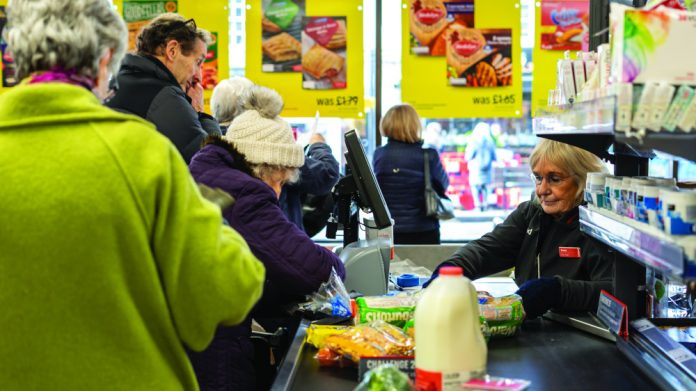 In its new report ‘Short-changed: How the decline of cash is affecting older people’, charity Age UK warns that being cut off from cash and banking services is tantamount to being excluded from society

Findings from Age UK’s Financial Lives Survey claims that 2.4 million people aged 65+ in the UK relied on cash to a great extent in their day-to-day life – representing around one in five (21 per cent) of all older people.

While cash use has declined over the last year, the charity says it would be a mistake to assume that everyone is willing or able to make all their financial transactions digitally. It points to a January 2021 YouGov survey which found more than half of older people, equivalent to some 6m individuals had used cash within the last week, despite the UK being in a national lockdown and with many older people shielding at home. The proportion rose to 75 percent when extended to the previous month.

According to Age UK being able to use cash helps people on a low-income budget more effectively, pay back a carer/friend who shops for them, as well as acting as an essential backup for those who are not online or who live in an area with poor connectivity. It argues that many people with health conditions, disabilities and dexterity issues find paying in cash much easier than with a bank card or a phone.

One in six respondents who use cash said they found it difficult to do so and a quarter had been refused when they or someone on their behalf had tried to pay with cash. Declining use and provision of cash consequently mean that more and more businesses and other service providers are refusing to accept cash.

Age UK is calling for the urgent introduction of a  (USO) on banks to guarantee access to cash for everyone. USOs already exist for water, electricity, post, and more recently, broadband services – recognising how essential they all are to our daily lives. The Charity believes the time has come for the Government to put the cash system on the same footing.

Caroline Abrahams, charity director at Age UK, said: “This report demonstrates the continuing critical importance of cash in our society. It’s not only essential for older people but for us all, in a world increasingly compelling us to manage our money digitally. Protecting the cash system is essential for enabling millions of citizens to go about their lives, and since it was still widely used during the pandemic, when spending opportunities were few, it’s going to be all the more important for us once we emerge from it and return to some kind of normality.

“Older people who use cash and their local bank branch are finding it increasingly impossible to manage their money because more and more barriers are being put in their way. They don’t want to give up their independence by having to rely on a family member or neighbour, they want to keep control of how they do financial things – but they don’t want to or can’t do it online.

“It’s time for the Government to recognise how important banknotes and coins are to all our lives and treat the cash system as the essential piece of infrastructure it is – just like utilities, post and broadband. If the Government is serious about ‘building back better’ after the pandemic, then they must legislate to protect cash access within a reasonable travel distance of people’s homes. This will not only help the millions of citizens of all ages who risk being excluded from society if cash is allowed to die, but can also help revitalise our high streets as local businesses strive to recover from the last nightmarish 15 months.”