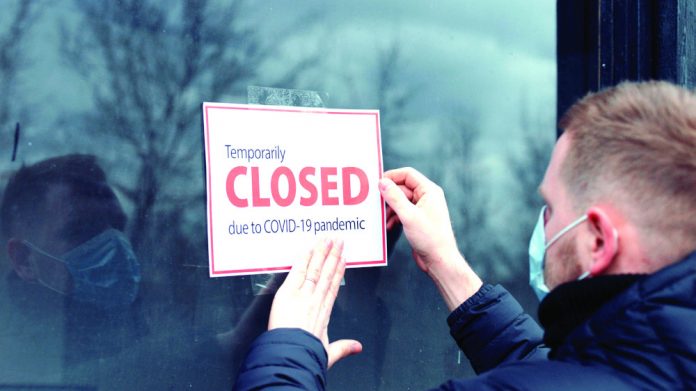 This is a story that’s going to run and run, much like raging bulls through the streets of Pamplona, trampling over anything in their path. The British version hit the streets this week as Test and Trace pinged thousands of self isolate notices to staff members at pubs and restaurants.

According to a Daily Mail headline, ‘thousands of workers are sent home by test and trace as cases soar’, and the Financial Times reiterated the problem stating: ‘UK hospitality hit by high numbers of isolating staff: Test and trace system forcing venue closures and making acute labour shortages worse.”

It is the Covid equivalent of mass marketing by text message.

The New World Trading Company told the FT that it had lost 35 days of trading due to staff isolating, describing the situation as “complete chaos”. And in Weston-super-Mare, one Wetherspoon lost 75 members of staff due to self-isolating, while restaurant chain Hawksmoor received 25 self isolate notifications since it reopened.

Not surprisingly, the position has alarmed the hospitality sector. Kate Nicholls, UKHospitality chief, described it as “a nightmare” for businesses. And on Wednesday she tweeted: “Being contacted by lots of businesses reporting blanket notifications of entire teams meaning no option but to fully close for 10 days with no revenue. We urgently need a test to release and test to remain approach to allow hospitality to continue operating.”

The call is a plea to change the narrative away from close at any cost. The industry wants to breathe fresh financial air; it wants to shift the test and trace to test and remain – a clear shift in the direction as we head towards July 19.

For the moment the argument is directed at the system rather than the government’s intention. Nicholls told the FT: “Now it is much more automated and the system sends out blanket notifications, there is no nuance.”

A technical point, maybe, but it’s one that is wreaking havoc across the sector. The computer is definitely saying no.