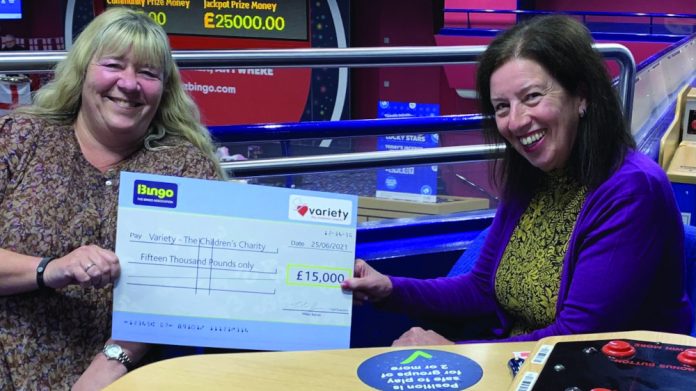 The first ever National Bingo Day hit the mark on Sunday with the event ‘achieving all its objectives’ said the bingo trade association. Whilst not a full house, a direct impact of the decision to delay the easing of lockdown, the event was fully supported with hundreds of clubs around Britain backing the initiative.

Bingo players love a party, and that they got in abundance last week as the sector played out its first ever National Bingo Day.

During the commemorative period, bingo clubs saw their highest level of trading since May 17, recording a 20 percent increase in the week before NBD. The day itself, however, racked the percentage points up even further; National Bingo Day saw a 30 percent increase across Sunday with five winners sharing in a £100,000 giveaway.

On the Friday evening (25 June) bingo clubs raised more than £15,000 for Variety the Children’s charity, the Bingo Association’s official partner, with over 30 MPs attending their local halls to call a special charity game.

And earlier in the week, bingo players responded in numbers attending a special value bingo session on the Wednesday which attracted significant business results ‘with a whopping 90 percent increase in the evening and 30 percent uplift in the afternoon’ according to a BA spokesperson.

They added: “Many of these results were achieved despite social distancing constraints on capacity reducing the ability of bingo clubs to accommodate everyone – otherwise who knows what the numbers would have been.”

At the heart of the celebrations was the National Bingo Game, the flagship game of the land based bingo industry, and a central point around which to anchor a truly cross-company bingo sector event.

There were five winners in the special jackpot. In the afternoon session, three winners from Buzz Enfield, Buzz Motherwell, Club 3000 Greenock shared £16,666.67 each. Later in the evening, two winners from Buzz Lincoln and Castle Swansea shared £25,000 each.

In addition, around 1,000 club players in those clubs won £100 each from the Community Prize.

All in all, it was a winning formula for the inaugural National Bingo Day.