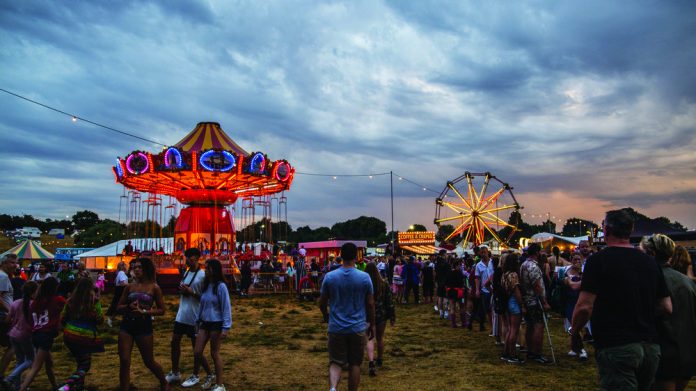 Following the release of the initial Event Research Programme report, the Showmen’s Guild has assessed the findings of Phase One as “positive, but fairly inconclusive.”

The Showmen’s Guild of Great Britain has announced it is studying the recently-released findings of the government’s Event Research Programme in order to assess the impact of ongoing Covid protection measures on future event planning.

A report on phase one of the ERP was released by DCMS on 25 June, following pressure from the leisure and hospitality sector, with the guild stating that – though “fairly inconclusive” – the report revealed “no substantial outbreaks” as a result of festival pilots.

But, it was quick to emphasise: “We have customers; we just need clarity, council-confidence and more staff…”

In its initial response, a SGGB statement noted: “The Showmen’s Guild is studying the report, which it is still hoped, will have an effect on the possibility of the large Fairs including Charter Fairs and Street fairs taking place; beyond the 494 currently taking place or already having taken place since 12th April; as the season progresses,” reported guild PR manager Desmond FitzGerald.

“Amongst other positive, but fairly inconclusive findings, the Study found ‘no substantial outbreaks’, but government scientists warned that lateral flow tests are not as effective as PCR tests.”

However, the Guild has concerns. “It’s a game of two halves,” the statement declared, “with smaller fairs winning, as larger fairs’ bids go into extra-time.”

Football may be coming home, but fairs remain in the waiting lounge.

“We are still waiting for clarity from both national government and as a result, local councils, on the possibility of the larger fairs taking place; including the important autumn Charter Fairs, such as Oxford St Giles; Bridgwater St Matthews; Nottingham Goose Fair; Stratford and also Hull Fair.”

And the position is no more settled for localised events. Indeed, for many it’s worse.

“The smaller of the organisers are erring on the side of postponement at best and cancellation at worst, as the lack of clarity of the government policy nationally and locally persists throughout the summer.”

There are some signs of encouragement though. The success of the recent Download Festival pilot, which welcomed 10,000 attendees without social distancing or masks to enjoy live music and fairground rides provided by Lancashire Showman Jan De Koning, should act as further encouragement to drive ahead with events.

While the ERP reports on the status of deliberations, there can be little doubt that action is needed – and soon. The Guild highlighted the negative impact of ongoing restrictions, with the events industry – which is currently trading at 60 percent of 2019 levels – facing “huge losses” should restrictions remain beyond 19 July.

Though the results of the programme appear positive, and should deliver clearer policymaking from the government, the practical impact of the ERP report is yet to be seen, with the Guild focused now on supporting its 2,500 members – and the 25,000 showmen across the country.

“Overall, the Guild continues to work with the wider Events and Leisure Industry; National and Local Government and the public, to keep its members on the road and in business in all settings across the UK.”

In its initial response to the ERP report, the Showmen’s Guild raised broader concerns, ones which reinforce fears highlighted in recent weeks by other parts of the industry: the shortage of drivers. Here’s what the Guild said: “Separately, the issue that is facing the Showmen, in common with others in the leisure industry, is the shortage of available staff, when the fairs can go ahead; which includes drivers.

This is exacerbated by the post-Brexit legacy of the EU Settlement Scheme deadline, looming next week. The Settled Status Scheme gives longstanding European residents, who successfully apply, indefinite leave to stay and work in the UK after Brexit.

This scheme is to protect nationals from the EU already here, including their benefits here in the UK long-term.

However, many affected, have not applied, even though the deadline is not being extended beyond 30th June; it is feared that this will reduce the available experienced workforce further.”