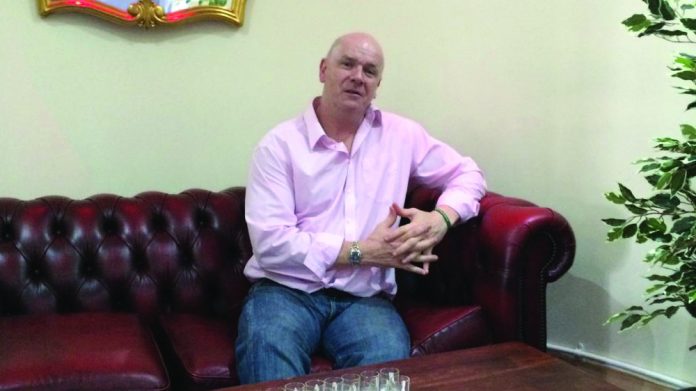 In Jon and Lucy Richardson’s brilliant TV comedy, the central catchphrase of ‘Save it for the bingo’ raises a laugh every time the dour comedian says it. But in the real world of bingo clubs, life’s not so funny: the lack of direct and targeted government support is putting the popular sector in jeopardy. Coinslot talks to Hollywood Clubs’ Andrew Reilly about his latest effort to get the sector some support.

The government is either deaf or very selective with its hearing aid. Whichever it is, it doesn’t really matter: there’s no money coming the way of bingo clubs in the Covid recovery plan.

In a recent correspondence between Hollywood Clubs local MP, Rt Hon Amanda Milling, and the DCMS Secretary of State, Oliver Dowden was unequivocal in his reply to the Hednesford parliamentarian’s request for targeted support to bingo clubs like Hollywood.

“I very much regret that we have not been able to save every business but I hope that the bingo sector can both contribute to and benefit from recovery of the economy as restrictions are gradually lifted,” he wrote.

It would be unfair, even for Coinslot, to isolate this response from the overall context of Dowden’s letter. He was effusive in his support for the bingo sector, recognising both its challenges during Covid and its ‘social benefits, particularly in tackling loneliness’.

That said, it still wasn’t enough to dole out the dosh to the sector. Instead, and rather disappointingly, the secretary of state ran with the central office, Politburo defined line that bingo clubs have access to all the government funding of furlough, Eat Out To Help Out and business rates relief – none targeted specifically for the bingo industry which, it has to be remembered, was first in lockdown and virtually the last out of it.

It was not the outcome Hollywood Clubs owner Andrew Reilly had hoped for. “It’s a knock back. You reach a point where you have to conclude that the government just doesn’t care, and frankly they are taking the…,” he stopped and paused for a long moment. “It’s just disappointing,” he grasped diplomatically.

What irks the Hollywood Clubs boss is the inconsistency. “It simply cannot be right,” he noted, “Scotland and Wales have received a lifeline grant and England are denied.”

The culture secretary responded with a side-step shuffle on this one: “With regard to the discretionary funding received by bingo clubs from the Scottish and Welsh governments, there will understandably be variations in the support businesses can access in the devolved administrations.”

Bear in mind, one of the Hollywood venues is little more than 60 miles from Scottish turf, so Dowden’s explanation didn’t hit the mark for Reilly, not even close.

The operator says the bingo sector in England, and the UK overall, needs help now: “We really need assistance, and in our greatest time of need we get knocked. There are clubs all over the country that are desperate.”

Reilly’s frustration will be shared across the industry and he will now be looking to engage his clubs both in the midlands and the north east in the campaign. “I am tempted to go to the very people that vote, OUR MEMBERS!” he told Coinslot, somewhat uncharacteristically. A measured figure, Reilly has been at the vanguard of the battle to secure a fair response from the insurance industry for its failure to honour business interruption policies, and through his local politicians, driving home the case for the bingo sector to receive a targeted fund to support clubs.

On each he has come up against brick walls – and not the kind the Prime Minister drives through with ease for a photo-shoot. But he remains undeterred: “We just have to continue the battle,” he assured. A sentiment shared by Bingo Association chief executive Miles Baron who advised the Hollywood Clubs chief: “We need to continue to chip away and wear them down. There is no guarantee but it is too early to stop pushing.”