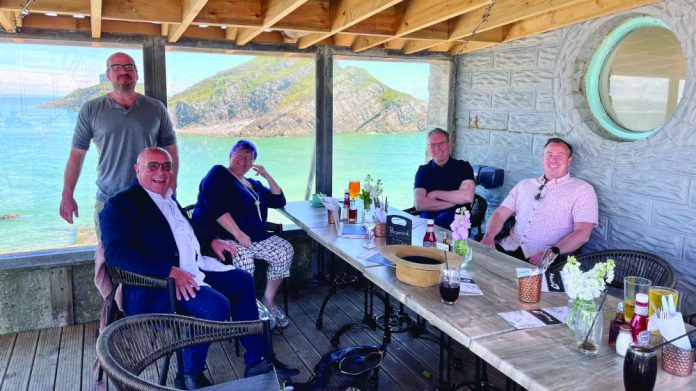 Getting the industry voice heard amongst the cacophony of demands on government, pandemic or no pandemic, is why trade associations like Bacta are essential in today’s business landscape.

“Having worked in trade associations for most of my career, I have often heard members say they are perplexed why the government of the day doesn’t listen to their very sensible views and change the law to its advantage.,” reflects Bacta CEO John White.

“They are then dismissive of government and thinks it doesn’t listen, when it doesn’t do what they want. The truth is that government does listen and does change, but it can’t listen to everyone. The trick therefore is to work out how your voice gets heard above all the others. That is the art of public affairs and why good trade associations like Bacta are so important.”

“Often it is about sheer graft,” he continues. “During the past eighteen months, as an example, we have written literally thousands of letters to Ministers, MPs and civil servants, and held hundreds of meetings. Each repeats much the same message but like advertising it takes repetition to get heard. Influence needs to be built in layers.”

It is also important to say ‘thank you’ even when Government does listen. “They want positive endorsements. If they don’t listen, be clear that behind what you say there is a rationale that you will continue to advance,” adds White.

Trade Associations like Bacta can also have a very important role, respected by government, as the conduit of policy decisions. The way Bacta translated Government decisions and edicts into relevant and readable Covid-19 Updates for members has been widely praised.

“We were thrown into the deep end with COVID as we approached the first lockdown,” recalls White. “Members rightly needed up-to-the-minute information and advice on how to navigate the closures and then help formulating the reopening guidelines. Meanwhile, many of the regulations varied according to the regions of the UK, so we had to keep up with differing situations in Wales and Scotland and forge new relationships with politicians there. All the while, the Bacta team was also learning how to work from home and in smaller numbers than before.”

The pandemic revealed areas where government lacked understanding of the industry, for example when it came to the AGC sector. “This came into sharp relief for our members when AGCs were singled out to reopen later than any other high street businesses during the tier system, with no justification whatsoever,” says White.

As a result, a Bacta Working Group has been set up to look at how the AGC sector can address these issues and work to build up a better perception within government. In addition, Bacta is working hard with its public affairs agency Interel to set up MP visits to AGCs as well as to seaside arcades during the upcoming months.

The Bacta team is also still working flat-out to support its other divisions, some of whom have received little or no support from government during the pandemic.

“The supply chain will be the last to bounce back and apart from furlough, has received no support,” says White. “With the added pressures of Brexit, duties on exports and now shipping issues – these businesses are suffering. We are monitoring the situation with The Ratings (Coronavirus) and Directors Disqualification (Dissolved Companies) Bill, which had its second reading in Parliament this week and which could lead to £1.5bn being allocated to rates relief for those sectors that have not yet received support.”

“Bacta is very effective when it is lobbying on matters related to amusement machines. It will have no impact if it lobbies directly on big businesses issues like rates and would rapidly exhaust its political capital if it tried. So, we have to influence the trade bodies that do represent that bigger interest, in this case the CBI, of which Bacta is a member. Alongside their diret work we can augment what they do with by example getting MPs to mention our sector in the wider debate. ” he adds.

Similarly, White sits on the Trade Association Council and helps the CBI understand the situation of the amusement machine industry, so they can use the sector as an example of why change is necessary. This is also why Bacta recently joined UKHospitality and continues its membership of the Tourism Alliance and Scottish Tourism Alliance.

“We have already had some very productive meetings with Kate Nicholls CEO and the team at UKHospitality and membership means that Bacta can ensure that when hospitality is being discussed – our members’ needs as suppliers and operators of amusement and gaming machines will also be raised at the highest levels. It means we are part of that conversation,” adds White.

“Our membership of these other associations, including of course our valued long-standing membership of Euromat, is vital,” concludes White. “It enables a relatively small trade body like ours to have a much bigger voice than it would otherwise be able to muster. In addition, our members benefit hugely from our close working relationship with the other bodies in our own wider industry, such as BALPPA, the BGC, the BBPA, the National Piers Society and many, many more.”

If your business is not yet a member of Bacta get in touch with one of the team at info@Bacta.org.uk to find out the benefits.