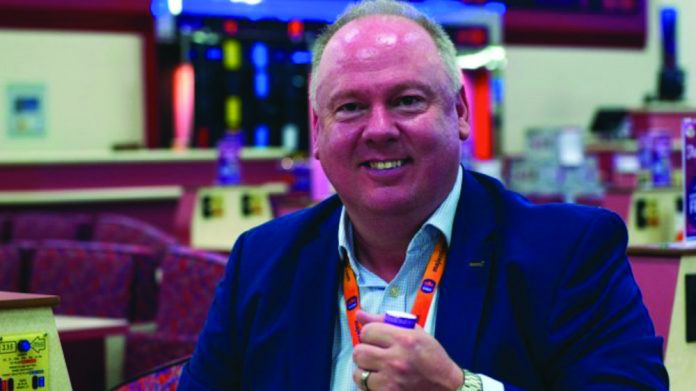 As Majestic Bingo prepared to mark National Bingo Day on 27 June, Coinslot caught up with MD Mark Jepp to discuss what events the brand had in store, and what impact government delay will have on celebrations.

With National Bingo Day fast approaching, Coinslot spoke to Majestic Bingo MD Mark Jepp about the company’s plans for the big day, and what impact the government’s four week delay to ending lockdown will have on celebrations.

Speaking just before the final leg of a tour which has seen him visit each club in the Majestic estate, Jepp outlined what was in store for customers on the 27 June, and what the response to partial-reopening has been so far.

“I can’t complain at all, it’s been overwhelmingly positive,” said Jepp. “People are so happy, they’re delighted to be back through the door. The overwhelming response of everyone who’s come back has been feeling very safe and secure.”

The positive response comes despite the persistence of the government’s “negative messaging,” which has seen older and vulnerable players make a slower return to clubs, a factor which has taken its toll on turnover.

“At the minute, we are back trading and it’s great to see revenue coming in, but they’re not at the levels that are sustainable.”

“We have got headroom and we’ve got time, and thankfully we’ve been supported by our funders and banks to do that, but it’s not sustainable, we need something to be able to trade as we would do.”

That “something” would have been the much-heralded Freedom Day, which the government has delayed until 19 July at the earliest, a fact Jepp described as a “kick in the teeth” to all those in the hospitality industry.

“Freedom Day being put back is as negative for us as anyone else in hospitality. To me it’s ridiculous, because when you strip away where the true issues with Covid lie, hospitality comes out of it very cleanly, but unfortunately it just seems to get ignored.”

“It is massively unfair, you see other events happening – like at G7 with the barbecue – there’s this inconsistency, it is crazy that in an environment like ours, where we’ve bought the PPE equipment, the social distancing equipment, we sanitise – we are put in this strange bracket as if it thrives in our environments, which it just doesn’t.”

“I think it’s to do with the lack of understanding from the government, of how it sees bingo from outside looking in. It’s very frustrating, because we take the safety of our customers very seriously. To be treated this way it’s appalling.”

However, despite the delay putting the dampener on large-scale celebrations for National Bingo Day, Majestic still has a number of initiatives in store to mark the occasion, alongside the Bingo Association’s landmark £50,000 national jackpot games.

“Wednesday night will be our Bargain Night, where everything’s £5, no additional costs, and there’s other initiatives such as; we’ll be sending out bingo books to customers, who can come with their books ready. But the main activity will be on Sunday itself, supporting the BA to have a great day.”

“We’ve got to build back up now, and by delivering a great product we’ll be there ready and waiting for customers to come back through.”

Past, present and future: Jepp looks ahead for community game

Despite the sector’s turbulent present, bingo’s rich past should deliver bright days ahead, according to Majestic’s Mark Jepp, who sees the value of honouring bingo’s heritage and innovating for its future.

Coinslot: Community sits at the heart of the bingo club philosophy. How does this manifest itself at your clubs and what will you be looking at to expand it in the “new normal”?

Mark Jepp: Bingo does sit at the heart of the community, and we’ve seen that more than ever. I feel sometimes like a well run football club – this is my time protecting this business, looking after it. I’ve got staff that have worked for Majestic for 40 years, and customers that have been there as long as that. So I feel duty bound to that community aspect – it’s not about me, it’s about the local manager and the staff.

Yes it’s bingo, and bingo’s at the heart, but it’s all about coming along, seeing your friends, having a great night out – we’re just there as a conduit to make that happen. Hopefully, if anything comes out of this, people will appreciate a bit more what they’ve lost, and support it more, and enjoy it more, we’ll be there ready and waiting. 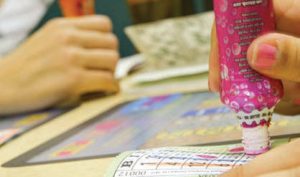 CS: The figures are going to be crucial in the coming months to determine the sustainability of the business. What product innovations in machines and general play are you hoping the industry will explore?

MJ: There’s some community stuff coming through from Inspired which should help bring our investment in Prismatic to life, and there’s new games from Blueprint which are looking fantastic, and they’ve also got some other exciting initiatives – which I should probably wait until they announce before I tell you about – but they could really take bingo forward.

I think that those two companies in particular haven’t rested on their laurels, and have used the lockdown to raise the game and the standard. At the end of the day, who knows whether these things’ll work until the customers start playing them. It’s not what they say, it’s what they play, but certainly I’m seeing some great content coming through that gives me hope, and on the back of the new bingo products we’ve been developing with Willow Communications, then there’s lots to look forward to.

Coinslot: You’re also very enthusiastic about the Willow system. What’s that about?

Mark Jepp: The system we are using is called Event and has allowed us to develop audio and visually rich new fun bingo Games that move away from the industrial approach that bingo had been heading over the years…. it ensures we bring in some fun.

The new ideas are coming off the back of Majestic investing in Willow systems over the last couple of years. It’s ensured we not just deliver bingo but deliver a great night out