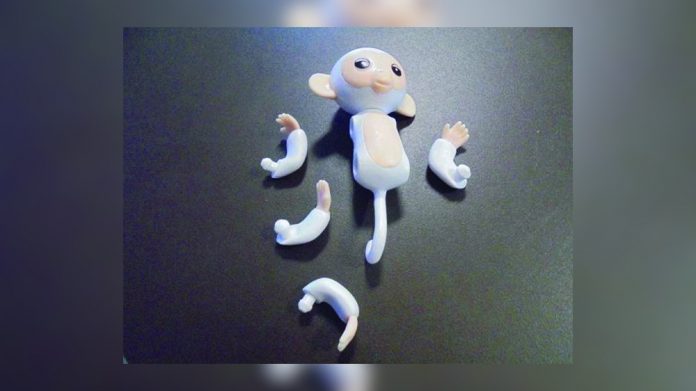 Amusement prize suppliers Martin Miller and Neel Parmer have been sentenced to seven and eight months in prison respectively, after pleading guilty to counterfeiting branded goods.

Martin Miller has been sentenced to seven months in prison by York Crown Court, after pleading guilty to counterfeiting amusement prizes under the Top Notch Goods Ltd brand.

Alongside manufacturer Neel Parmer, Miller imported over 230,000 unsafe, unlicensed goods to the UK for sale in North Yorkshire arcades, such as “harmful” Fingerlings monkeys.

“It is disappointing to think that visitors to the county might have won fake and unsafe items during their family holiday or day trip,” said North Yorkshire County Council’s executive member for trading standards Andrew Lee. “It is particularly worrying to see that the toy monkeys contained harmful phthalates at a level banned in law.”

“I am pleased that our officer was able to identify these products and take action to remove them from supply.”

The court heard that Miller had provided Parmer with samples from licensed brands such as Fortnite, Peppa Pig, and Barbie, which Parmer had copied in China through his own supply company Euro Bijoux Ltd.

However, the illegal trade was discovered in 2019, after the council’s Trading Standards Service discovered the counterfeit goods in two amusement arcades in Filey.

The supply chain was then traced back to Top Notch Goods, prompting officers to search Miller’s Liverpool warehouse, in which a further 229,651 illicit items were discovered.

“I am quite satisfied these offences are so serious and the need to deter white collar criminals from embarking on this kind of offending is so necessary, only an immediate custodial sentence is appropriate,” said Norris.

Following the judgement – in which Parmer was also handed eight months – North Yorkshire trading standards outlined plans to seize the assets of Top Notch Goods Ltd, which collapsed following the pressing of charges.

Miller had reportedly been making £40,000 per annum through the illegal trade, with solicitor advocate Paul Lewis stating “he made a series of poor decisions he has regretted.”