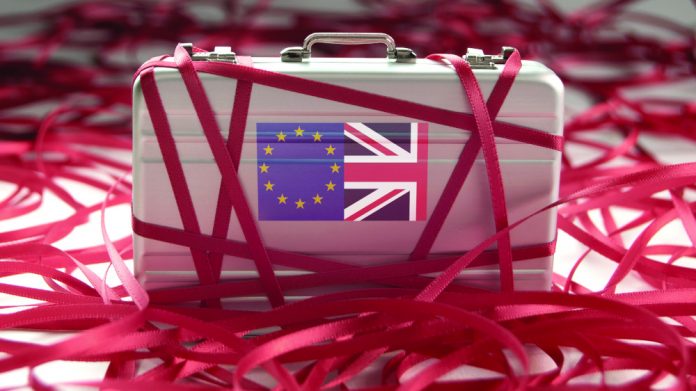 OTR asks what’s motivating the pugnacious Nicola Sturgeon, why weddings are limited to 30 guests but it’s possible to have 2,000 VIPs at a football match and lists the politicians that would be on ‘ignore’.

MASKS FOREVER – ARE YOU HAVING A LAUGH?

Prof Susan Michie, a senior scientist on the Sage Committee has said face coverings and social distancing should continue ‘forever’ – well, I can’t begin to explain the response the esteemed Professor would receive from my arcade customers apart from that it would begin with F and end in Off. And it’s not just my customers, it’s the public generally.

Entire schools are shutting down when a student tests positive – how long can that go on for?

Now even some of the health professionals are saying that because we have the vaccine we no longer have to run for the hills at the slightest sign of infection.

At some point in time, we need to get back to normal life. All of this is having an impact on people and on businesses.

We also have to look at what’s actually taking place – people are breaking all of the government’s rules and it comes to something when Lord Andrew Lloyd Webber is prepared to go to prison in defiance of the regulations – none of which have been subject to proper parliamentary scrutiny.

The Government may soon find itself without an ally – even the leader of the Labour Party may be forced to disagree – now that would be a first!

The nation will have the opportunity to celebrate National Bingo Day on the 27th as the blurb says ‘a day dedicated to celebrating the great game of bingo’.

Unlike arcades, bingo has always been the acceptable gambling pursuit of many of our elected representatives. But we should never overlook the fact that inside every successful bricks and mortar bingo hall there’s an AGC – the commercial heartbeat of the business.

STURGEON IS PICKING ON THE WRONG GUY

When Nicola Sturgeon rails against the Bullingdon Boy behaviour of Tory Toff Boris Johnson it fits her narrative but when she seemingly looks to spread the net of her ire to include the affable, urbane and working-class Mayor of Greater Manchester, Andy Burnham, the rhetoric turns a little sour.

But this is exactly what the First Minister chose to do, giving a particularly nasty interview to the Andrew Marr show when she accused Burnham of having an agenda when he had publicly accused her of treating Manchester with the same contempt she cites in relation to Westminster’s approach to the Scottish people and parliament.

Up until now I’ve been largely neutral about Ms Sturgeon but I can now see why so many people are less than complimentary and there’s definitely a touch of the Priti Patel about her.

Opting to launch a war of words with a politician who’s actually well-liked may not have been her smartest move.

And as for accusing the leader of the Labour Party in waiting of having an ‘agenda’ – whatever next?

And while I’m not just referring to the European Championships let’s start with it as the most high-profile example.

How can thousands of (mainly) pissed-up people chant and sing in pubs, on trains, planes, in hotels and inside Wembley yet choirs can’t rehearse?

Furthermore, there’s a list of regulations the length of your arm in terms of what you can and can’t do at weddings and wakes.

It was the same with the circus surrounding the G7 meeting, it’s true of F1 and it will also apply to the 2,000 strong delegation of officials, sponsors and hangers- on who have blagged tickets for the Euro Finals which take place in London on July 11 – more than a week before the final removal of lockdown restrictions are due.

This isn’t an argument in favour of policing the restrictions but one which questions whether they are any longer relevant?

As I’ve always said, if the authorities can’t catch the criminals they will always look to catch the catchables, which translates to small businesses and the man/woman in the street.

I struggle to believe that it’s been five years since the UK population voted to leave the European Union.

It might be an unpalatable truth for some but we did exactly that and although the margin was small surely that’s what elections are all about?

There are literally millions of people living in parliamentary constituencies that are so safe that any dissenting votes are rendered redundant yet we don’t hear the constant moaning and whining from them as we do from those who were on the wrong side of the EU vote.

Ever thought what it must be like being a Tory voter in Liverpool Walton or a Labour Party supporter in Arundel and the South Downs?

Every divorce is messy and our particularly long relationship with the EU will take decades to unravel, which is why I think we should take this 5th anniversary of the vote to light a bonfire of EU red tape.

The EU has shown itself to be excessively cautious – just look at its dithering over which vaccines to procure – as well as its subsequent response to AstraZeneca and the remote link that exists with blood clots. Of course, we need to continue to protect the rights of consumers and the environment but we don’t need to follow the lead of the superbureaucratic European Union ‘precautionary principle’ to achieve those key principles.

Now where are those matches?

CLEARLY THERE’S MORE TO THERESA MAY THAN MEETS THE EYE

Former PM Theresa May clearly must have a host of skills to have made it to the top of the Conservative Party – but being a charismatic engaging speaker wasn’t one of them. Apparently, the pandemic has focussed her attention on how she can be part of the lucrative corporate speaking circuit, to such an extent that she’s being paid up to £100,000 a speech! I have to admit that if I had the dosh I’d probably pay not to hear her speak – along with a host of other politicians including little Matt Hancock, Kier Starmer (yawn!), Jeremy Corbyn, Diane Abbot, Nicola Sturgeon and of course who could forget – Priti Patel?