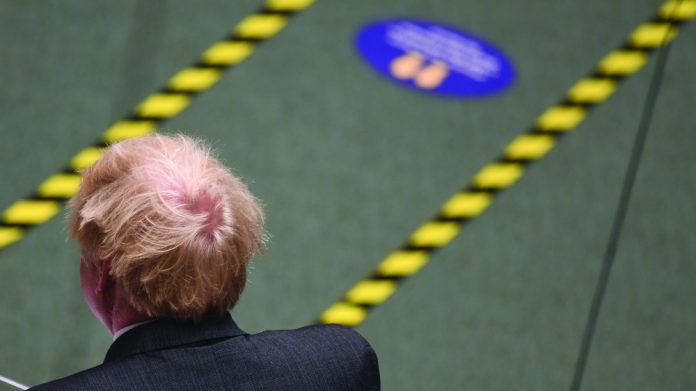 “Another kick in the balls” is how machine supplier Ian Eason described Boris Johnson’s decision to move ‘freedom day’ on to July 19. Others were ‘angry’, ‘disappointed’ and ‘frustrated’. The industry was far from supportive of the government’s delay; its response more reflective of a sector worn down and worn out by ‘being treated as second class citizens’.

When Boris Johnson infamously stated “fuck business” in response to CBI concerns over policy statements made during his Tory party leadership campaign, British business hardly expected him to carry that threat through, in England at least.

But on Monday, Johnson the prime minister did exactly that in the opinion of many leaders within the industry, who now find themselves another month into restrictive Covid secure measures that have served to strangle the amusements and hospitality sector for 15 months so far.

“Now is the time to ease off the accelerator”, he said during the announcement. The amusements, pub, leisure and hospitality sectors all universally disagree.

Hours after the Johnson edict, Bacta wrote to its members: “This is a disappointment to say the least, with our single site operator members in particular having to wait another month before a significant number of pubs and clubs reopen. The maintenance of social distancing rules are also making it very difficult for our hospitality customers.”

Peter Hannibal, chief executive of the Gambling Business Group, was perplexed by the rationale. “Businesses that are allowed to open cannot return to full trading until all of the restrictions are lifted, meaning genuine recovery is being thwarted.” He added poignantly: “You do begin to seriously question the logic that we are using in the UK with 80 percent of adults having had one dose and approaching 60 percent both doses.”

And hospitality, too, were not warm in their response. Kate Nicholls from UKHospitality stated: “This four-week delay to lifting restrictions will cost the sector around £3 billion in sales, put at risk 300,000 jobs and have a knock-on impact on bookings throughout the summer and into the autumn.”

She added: “The hospitality sector has already lost more than £87bn in sales in the pandemic leaving businesses deeply in debt and at risk of suffering “economic long Covid” without further support. Our businesses face incredible levels of debt and will now face a huge cost hike, with business rates payments set to recommence and rent accruals due at the end of the month.

The pub sector shared this view. BBPA chief Emma McClarkin stated: “Delaying the removal of COVID restrictions by four weeks is incredibly hard for our sector to stomach.The delay will cost our pubs £400 million for this period alone, but inevitably much more as confidence deteriorates and as a key part of the summer season is lost that is so critical to our sectors viability.”

Across the industry, the delay was met with a plea for continued support measures. MERKUR UK’s general manager Sascha Blodau called on the government to maintain the financial support for businesses: “The Government has to ensure that the support measures remain in place if they are serious about their commitment to the private sector,” he told Coinslot.

Hippodrome owner Simon Thomas, on the other hand, saw it as an existential problem: “We needed a decision that would allow us to live again rather than just exist”, he pleaded, whilst smaller machines operator Louise Austin saw the decision as one that would do little for businesses already finding it difficult to keep their head above water. LSO’s Leigh Smith was more scathing: “We continue to be treated as second class citizens.”

The frustration of the industry is evident and across all its sectors. But none more so than the supply chain. As Ian Eason concluded: “I’m asking myself how long can we all go on like this.”

That question rests on the shoulders of Boris Johnson, with devil Boris on one side saying ‘fuck business’, and angel Boris on the other saying ‘save it’.