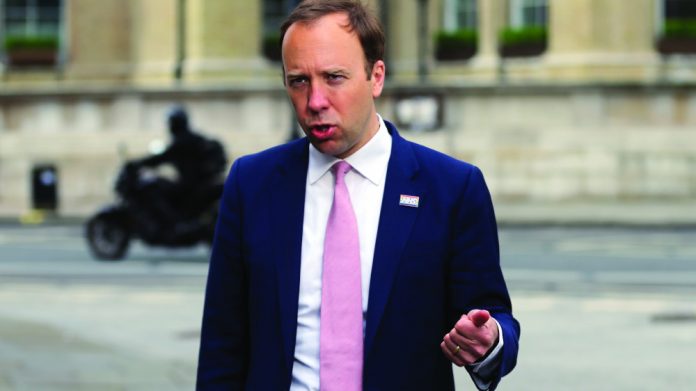 This week’s OTR looks at how the Euros are kicking COVID regulations into touch, confirms how being a bit ‘Matt Hancock’ is the euphemism of the moment and issues an open invitation or should that be challenge to the latest interim chief executive to occupy the hot seat at UKGC.

Last week I highlighted the difficulties the business was experiencing hiring staff: I am afraid to say the situation has deteriorated and I know that mine is not an isolated incident.

We are now missing 50 percent of the staff I would normally have at this time of the year. People have left for a variety of reasons but most frequently the explanation for leaving is that they don’t want to work in a sector that’s so uncertain. People are leaving because they can get better, more secure conditions and the wages we are able to offer aren’t considered good enough. People don’t want to work in hospitality and the industry is facing a huge shortage of willing staff.

If we increase our outgoings we cannot pass on the overhead to our customers in the form of higher prices because it’s against the law. The only alternatives are to reduce opening hours or simply eat further into our already flimsy margins. I know of some arcades that have simply reduced their trading hours because they haven’t got the staff. I don’t think our regulator knows let alone cares about issues like this. Too busy appointing an Interim Chief Executive to replace the two previous jobshare interim, caretaker, temporary chief executives. I would be more than happy to host Andrew Rhodes (the latest interim CEO at UKGC) to show him the ropes and explain exactly how the industry feels. Could be a baptism of fire for Mr Rhodes!

THIS REALLY IS A LICENCE TO PRINT MONEY

Camelot, operators of the National Lottery, a license they have had since the Lottery was launched in 1994 have confirmed sales of over £8bn for the last financial year – figures that demonstrate that the lottery really is a licence to print money! The data to come out of Camelot Towers is hugely impressive and good causes have benefitted to the tune of some £34m a week. Digital sales are up by a huge percentage and Camelot are making all of the right noises about encouraging more people to play at the same time as reducing the average spend. Camelot has turned it around of that there can be no doubt but given the freedom they have to run the business and the fact that they have something of a monopoly we shouldn’t expect any less.

BORIS IS BEING HELD HOSTAGE BY MAD SCIENTISTS

I was really surprised at the decision to push back on so called Freedom Day and I think it has dented the credibility of the Prime Minister. I understand why there are people who simply refuse to believe anything the government says. In their defence I think they are petrified of being labelled reckless and as a consequence they are being held hostage by the scientific community – which doesn’t want to lose its (extended) moment in the sun.

#I’mDone is a social media campaign/movement that expresses how royally pissed-off people are with the restrictions – an outpouring that I can sympathise with. However, there’s a far more potent expression and it’s happening on high streets and in pubs up and down the country right now.

A friend of mine spent some time in Blackpool last week and said the dissent was there for everyone to see with people drinking at the bar and large groups doing what large groups do and that’s enjoy themselves. On the high street I’ve noticed that the shops implementing the full suite of restrictions are virtually empty – but the big challenge is the European Championship matches. How many socially distanced games between England and Scotland have there been – none and it’s not going to start now. We shouldn’t forget that singing in a hospitality interior is not permitted (officially). If one of England, Scotland or Wales progress into the knock-out stages there will be mass acts of civil disobedience and I don’t think the Government will be able to do a thing. Big football matches are historically bad for arcades – but they could be even worse for Boris and his rejigged road map!

CHIPS ARE JUST ANOTHER KICK IN THE NUTS

There’s big concern in the industry about how the pressure on the supply chain, transportation and the world shortage of chips is going to impact businesses and the supply of equipment. This is a very real problem and represents just another kick in the nuts for an industry struggling to get back on its feet – despite everything.

MAYOR OF MOSCOW INJECTS SOME IMAGINATION

The mayor of Moscow has come up with a novel way of encouraging citizens to step up and get immunised. Everyone who does so gets automatically entered into a lottery with a top prize of a two-bedroom apartment and a car as second prize. Good to see the Mayor embracing what is essentially a gambling product to improve the health of Muscovites. I wonder if similar gambling incentives could be used to encourage the vaccine shy in this country to do the right thing?

MODELLERS ARE ALL A BIT MATT HANCOCK

The Government appears to be basing its policy on the forecasts of so-called modellers, an occupational group that has blazed a trail for experts who (consistently) get it wrong. I would put modellers in the same category as political pollsters and the weather forecasters of my youth – in other words all a bit Matt Hancock.