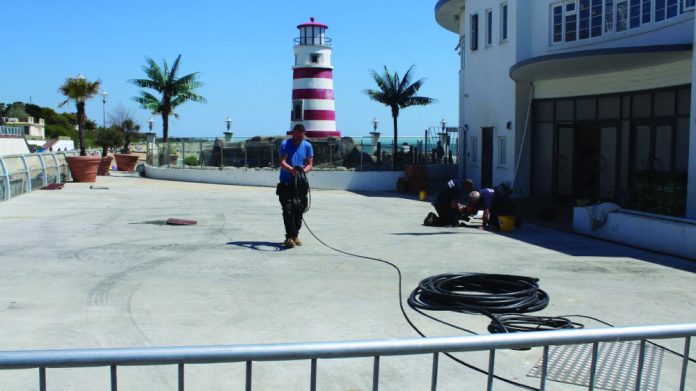 After almost a year of indecision, Clacton Pier has finally been granted permission to erect its 33 metre anniversary wheel, with work expected to be completed within the week.

The 24-gondola attraction is designed to mark both the town and the pier’s 150th anniversary, and is set to be completed before the upcoming weekend.

“We have been waiting for some time to be able to introduce this new attraction,” said pier director Billy Ball. “Along with the new Looping Star roller coaster it will provide our visitors with two major new rides this summer which will enhance our offer and they represent a significant investment on our part.”

“We received planning permission at the end of last week and we are wasting no time in putting the wheel up. The council’s planning department came to the conclusion that the structure will not harm the significance of the Clacton Seafront Conservation Area or nearby heritage assets and would benefit tourism.”

When installed, Clacton Pier Wheel will be able to accommodate 144 people, and will be open seven days a week from 9am to 10pm.

“It will cost £3 per person, or £10 for a car of up to six with a maximum of four adults,” said Ball. “This will be a community wheel which we will also use as a focus for fundraising activities for charity.”

Clacton Pier had been awaiting a decision on the wheel since announcing the plans last year, the same week nearby Clacton Pavilion unveiled a proposal for its own observation wheel.

Despite the Pavilion being granted permission to install a 24-gondola attraction in November which subsequently opened in May, Clacton Pier was forced to delay plans until given the green light by planners last week.

Work has now begun in earnest to erect the wheel on the forecourt of the iconic seaside attraction, with the space already cleared earlier this year through the temporary removal of the Tubby Isaacs seafood and shellfish kiosk.