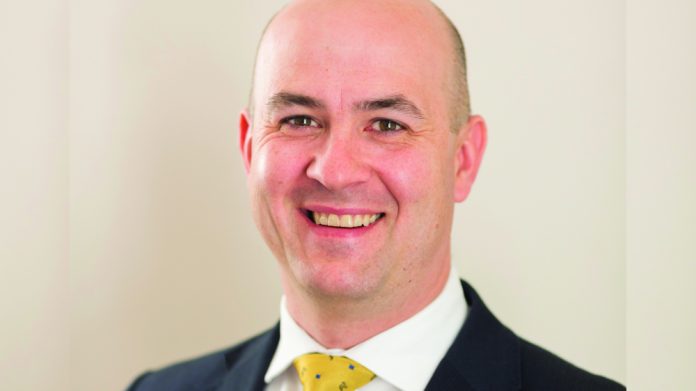 There’s a new face at the Gambling Commission helm, albeit another temporary stand-in for at least the next 18 months. Taking up the post as Interim Chief Executive will be Andrew Rhodes, who takes over from joint acting chief executives Sarah Gardner and Sally Jones who revert back to their original Commission duties.

It’s a convoluted operational exercise: Rhodes’s term will run in tandem with the last months of departing chairman Bill Moyes, whose successor will then appoint a new permanent chief executive, technically in December 2022.

Not an ideal procedure, and not ideal timing. But Rhodes will be putting on the chief executive’s strait-jacket immediately, and has 18 months to prove his worth – if indeed the Commission manages to avoid the chop in the government’s gambling review.

In its press release, the GC was warm in its welcome.“Today’s announcement follows a thorough search and highly competitive process to recruit the role. With over 20 years of private and public sector experience, Andrew will join the Gambling Commission later this month to take up the post for an 18-month period.

“Andrew joins the Commission from Swansea University where he was Registrar and Chief Operating Officer. Prior to his role in higher education, Andrew has held senior roles at a range of organisations including Department for Work and Pensions, Food Standards Agency and the DVLA.”

For Rhodes it’s an exciting step up the civil service ladder. He said: “The Gambling Commission is one of the world’s highest profile and most respected regulators so I am delighted to join the team at such an important time.”

And it only took one sentence before the HQ diktat made its voice heard. Rhodes, presumably, continued: “Protecting the public and players from gambling harm will continue to be central to our work and I am looking forward to meeting people from across the industry and those with lived experience to understand the issues and opportunities which lay ahead.

“This is a great time to have the opportunity to work in gambling regulation. The Government’s Gambling Act Review represents a fantastic opportunity to deliver real and sustained improvements in the way gambling is provided and regulated. As the regulator we have a unique and important role to play at the forefront of that change.”

Little to go on, the industry will follow the normal protcols and welcome in Rhodes and organise the introductory round of meetings.

But what they will be looking for is a new chief executive that listens and considers rather than a line of predecessors who have preferred to ignore and preach.

Making his entry Rhodes was right, this is the perfect time to deliver sustained improvement. And that should start with the Commission’s floundering relationship with the industry.