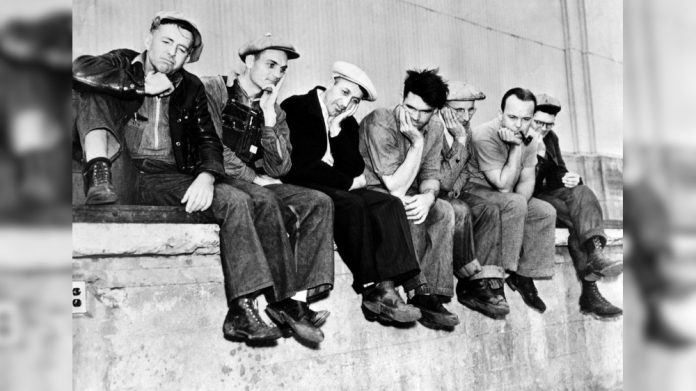 Is the furlough scheme making the population lazy, how much mission creep can we tolerate from the Nanny State and is there nothing that Kate Bingham can’t turn her hand to – all this and more in this week’s Off The Record.

HONOUR WHERE HONOUR’S DUE

The honours system comes in for a lot of stick in terms of how it’s used by the rich, powerful and influential to reward their chums for doing jobs they are already handsomely rewarded for doing – a case of establishment ‘double bubble’ if ever there was one.

However, the decision to make Kate Bingham a Dame for her role in leading the (super) successful rollout of jabs across the UK will surely not be begrudged by anyone – even though she is a ‘chum’ of Boris Johnson and that she is married to the Conservative minister Jesse Norman.

And it’s not just the success of the rollout.

Under her leadership she helped the Government to get in place agreements to secure six different vaccines without being sure any of them would work.

Compare and contrast with the procrastination of the European Union and you can see why the UK is so well respected and considered a world leader in the field. Kate Bingham’s Venture Capital background is also relevant.

She succeeded in applying the skill-set and mindset required to be successful in the private sector to what has been and continues to be the most serious challenge and threat we have faced since the second world war. Let’s be frank – without the vaccination programme there was and is no strategy and no way out. She gambled, went big and won big.

The UK has now ordered more than 500 million doses of seven of the most promising vaccines and is on course to meet both its domestic needs and to live up to its global responsibilities to bring the quickest possible end to the pandemic.

What’s next for Dame Kate – a cure for Cancer, England to win the Euros, ensuring that the UK avoids a nul points outcome in Eurovision?

I’m sick and tired of the bloody Nanny State and it’s creeping into every aspect of our lives. Our own industry is a magnet for worthy individuals itching to tell everyone else how they think they should lead their lives.

Affordability Checks are the most recent example of this mindset of ‘Nanny knows best’.

We then had the outrageous proposal to force pubs to include calories on beer, wine and spirits – which is the last thing I want to see when I’m relaxing with a pint (180 calories if you’re wondering) – and now we have Ansaf Azhar, Oxfordshire’s public health director who has committed to making the county ‘smoke-free’ within 4-years. Banning smoking outdoors is exactly the type of policy that will polarise, divide and alienate.

Anyone who knows a smoker or has been a smoker will appreciate that telling them what they have to do is the best and most effective way of reinforcing and entrenching the habit, turning social smokers into anti-social smokers. It’s enough to make you reach for your Zippo and drive to the nearest part of Oxon!

Everyone who runs a business will know how tricky employment law can be and with it the dreaded Employment Tribunals where it seems the odds are stacked heavily against the employer right from the point that it costs us money to defend cases but not the individuals who bring those cases to court.

However, the report of a Tribunal hearing in Newcastle really does set new records for absurdity.

Colin Kane, a 66-year-old driver from Tyne & Wear, who suffered from a serious lung condition, reported sick to his employers only to be subsequently spotted outside a social club on two separate occasions.

His company, not surprisingly, launched disciplinary action for dishonesty and breaching company rules. He was found to have been attending the licensed premises, consuming alcohol and smoking whilst being signed-off and was dismissed.

However, his claim for unfair dismissal was upheld by Judge Andrea Pitt – because the company’s rules do not prohibit employees from socialising while off sick! A bizarre ruling which just goes to confirm the adage that the law really is an ‘ass’ and why it’s important to get the most comprehensive employment contracts covering every possible eventuality – even why people with lung disease should not be drinking alcohol and smoking when signed-off sick!

GOOD AS IT IS FURLOUGH IS MAKING THE POPULATION LAZY

I have said before that without the furlough scheme my business and that of countless others would have been seriously jeopardised. It has been a life saver.

However, like all great initiatives it has been open and remains open to abuse. Some elements of the British workforce have loved the last 16-months because it has enabled them to stay at home, enjoy time with their family, soakup the sun, learn new skills, indulge hobbies, write a book, run a marathon and so on – whilst being paid up to 80 percent of their salary. People have got used to a furlough lifestyle and I think they’ve got lazy!

People don’t seem to want to work and are happy to sit at home.

I’ve been advertising two vacancies for the last fortnight and received a measly six applicants.

The positions remain vacant and I don’t see them being filled anytime soon.

NOT JABBED – THEN YOU’RE NOT INVITED!

Some people have perfectly plausible health reasons for not being vaccinated and others simply ‘choose to refuse’ the needle.

Andrew Lloyd Webber has likened the latter group to drink drivers in so far as they are indiscriminately putting people’s lives at risk. Whilst I wouldn’t necessarily go that far I think those that could be vaccinated but haven’t been run their own very real risk of being sidelined by their social circles. If one of my friends was clear that he or she hadn’t been immunised, are they more or less likely to receive invitations to parties or a night in the boozer? Those that choose not to put chemicals in their bodies could well find themselves with a very free social diary as those of us use our freedom of choice to spend time with those who have chosen to be more responsible. Dating app users can now show their vaccine status to potential matches and a recent YouGov poll showed that 59 percent of adults would not date an unvaccinated person – a proportion which I’m sure will be eclipsed when it comes to ditching unvaccinated friends.