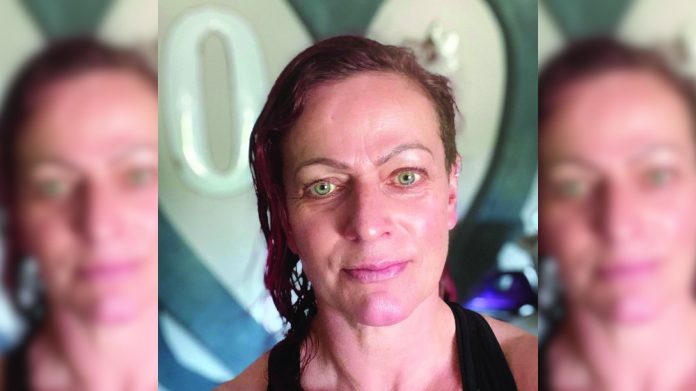 At the 11th attempt and after six months of trying, Louise Austin secured an £8,000 Covid recovery award from Swindon council. Not a lot, admittedly, for so much effort; but Austin Leisure’s story represents the real life experience of supply chain businesses in the covid reopening plan. They’re being asked to take on a starring role in the UK economy’s recovery, but for an extra’s fee.

First, the good news. Swindon Borough Council has awarded Austin Leisure a one-off discretionary grant of £8,000 to help with the financial fall-out of Covid.

And then there’s the ugly. And for many businesses in the supply chain like Austin, it’s the ugly side of Covid that is disfiguring their future.

Austin are already half a million down on income thanks to Coronavirus, whilst their running costs are continuing to go up.

But still, the supply chain has a small win to commemorate, as a statement issued by Bacta this week confirmed.

“Persistence has paid off for Louise Austin who has received a further £8,000 one-off grant from Swindon Borough Council after turning to Bacta for help.”

It was a declaration made probably more in relief than celebration; this grant was like drawing a sceptic tooth from a caged lion.

And let’s be realistic: the figure is paltry in real terms and a disgraceful response by the authorities to the plight of supply chain businesses.

And yet it required begging bowls, interventions and exhaustive requests that finally wore the objectors down.

What a way to treat supply chain businesses. But that’s an observation only Coinslot can make – because it’s as undiplomatic as it is true. No one likes an ungrateful beneficiary – and Louise Austin was far more generous in her response; grateful both for the award and for the support given to her business during this process.

“I am so pleased to receive this grant which will make a big difference to us,” she said. “It’s been a very tough time and we have received so little support. I am very grateful.”

That tough time is an understatement, as she explained to Coinslot this week. “We are only a small operator but we have lost over £500,000 of income. I have had to continue paying pension and NI and phones, insurance, sage, rent, electricity, water, gas etc. Some help would have made this much easier.”

Help, however, was not forthcoming as eight attempts for government grants were each turned down. And the rejections weren’t delivered without their stresses.

As Austin explained: “I had applied for 8 grants and was refused – the annoying thing was that the council would send me a link saying I may be entitled to this grant and that grant and then I was completely shocked when I received emails telling me I was NOT eligible due to ‘not being told to close’.”

She subsequently twice approached the Rt Hon Robert Buckland QC MP, the Lord Chancellor and Secretary of State for Justice. In a wicked twist of irony, both attempts produced no justice at all for Austin Leisure.

“Whilst as a Member of Parliament I have no power over the distribution of these grants,” Buckland wrote to Austin, “please be assured that I will contact Swindon Borough Council on your behalf and ask them to look into this again.”

That he did…but not even the Lord Chancellor was able to make progress. Swindon Council cut Buckland’s head off with the same brutality as Henry VIII did to one of his predecessors at the Lord Chancellor’s office, Thomas More, Britain’s greatest flagellist.

Louise Austin was left to lament: “I cannot believe when 100 percent of our customers were closed and all our equipment was locked in the pubs/clubs the council still would not listen to me.”

So many logistical issues pointed to a better response from the Council, but 54 years operating from their Swindon HQ and an employer of nine people from the town, these credentials were ineffectual. The final throw of the dice came via Bacta and its public affairs agency whose intervention hit a sweet spot and a one-off grant was awarded to Austin Leisure, the equivalent value of the Restart grant available to other businesses with the same rateable value.

The trade association was relieved at the outcome. John White, Bacta CEO said: “We have been telling members not to give up when it comes to applying for grants. We have seen similar businesses in the same street with wildly different outcomes. While we cannot make any guarantees and we cannot pursue cases for each and every member, we will try to help members like Louise whose businesses have been overlooked by their local councils. If this applies to you please get in touch with Bacta and we will see what we can do.”

A happy ending indeed. Although it would have been a lot happier had the grant come at the first attempt rather than the 11th, and if it was more realistic to the needs of the supply chain – an extra zero would have gone a lot farther for the likes of Austin Leisure.

But in the absence of that, Louise Austin will settle for a June 21 end to restrictions – because £8,000 will unlikely stretch to another period where indoor operations – those where many of her machines are sited – continue to be constrained by a continuation of covid restrictions.