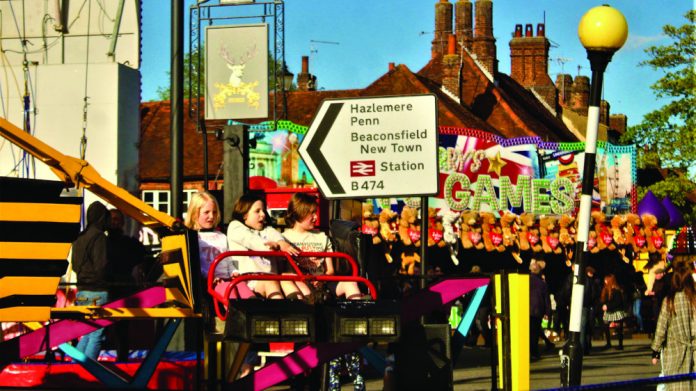 The roll-out of the government’s roadmap to recovery has come under some attack this past week, with confusion over travelling rules both internationally and closer to home in Bolton. Whether it’s confusion, or as some have suggested bigotry, there are local councils which continue to block the return of travelling fairs. On paper that’s changed; in practice, there’s still some work to be done.

The Showmen’s Guild of Great Britain have worked wonders in recent months making the journey from political void to a political voice. For years, no-one in any government or political party wanted to know the showmen, let alone hear their concerns.

That has all changed with DCMS and the All Party Parliamentary Group on Fairs & Showgrounds taking up the Showmen’s Guild’s case for inclusion in the government’s reopening strategy.

So much so, that the body and its travelling fair operators have been enshrined in the government’s roadmap guidance document and the Local Government Association’s Tourism Bulletin.

By any stretch, this is a giant leap forward for a community that has been part of the local entertainment offering for centuries, yet has never fully gained the political protection and recognition for that contribution.

Unfortunately, with huge gymnastic leaps, there comes a step or two back on landing; the easing of lockdown for Showmen’s Guild members hasn’t been as comfortable in some regions of the country.

There continues to be localised hurdles for travelling fairs as a recent despatch from the Showmen’s Guild has highlighted: “Since April 12, a total of 226 fairs have taken place, with a further 128+ planned, plus many more in the longer term. But local councils decide on operations and we face greater pressure than fixed businesses in gaining council approval.”

In less diplomatic tones, that likely translates to some councils are simply blocking the roadmap for travelling fairs despite official government advice not to do so.

The Guild told Coinslot: “Following the LGA highlighting Funfairs and the Showmen’s Guild in their Tourism Bulletin to members, we had further dialogue with the LGA last Wednesday (19th May) and explained the obstacles where they exist with local councils in communication and in their accepting our pre-agreed Guidance, Risk Assessments and gold-standard Covid-Mitigation measures.”

The battle over fairs returning is national, although it is in pockets where the obstacles occur rather than universally widespread. For example, a Guild report declared: “Across London several fairs opened, but in the north East & West it is harder; in Yorks the team effort gained results. The picture’s mixed elsewhere.”

Expanding on the inconsistencies,the Guild has been actively lobbying around the devolved governments. In Wales, fairs officially opened from April 26; however, confusion arose, with fairs classed as ‘events’ – a definition which, in the Welsh Alert Level 2, would severely restrict adult attendance figures.

The Guild’s South Wales Section is urgently seeking clarity from the Welsh Assembly and Visit Wales Tourism Development on this matter, and they are progressing their dialogue with the Welsh LGA for a risk-based, practical approach to the guidance, so fairs can operate in parity with other visitor attractions.

Elsewhere, the Guild’s Scottish Section held advanced talks with Holyrood ministers; these continuing since the recent election which has resulted in guidance in line with that in England.

In Northern Ireland;, the Guild team and operators are liaising with the newly elected members of Northern Ireland Executive on the reopening plans. Stormont is looking to approve lifting a raft of restriction, agreed last week; but will await reports back from the the Irish Cup final, where the Stormont Executive agreed to allow spectators as part of a test event.

The art of tackling this problem of confusion and inconsistency is currently being mastered by the Guild, with President Philip Paris certainly not short of a voice; he was one of just a dozen industry leaders personally selected to take part in a discussion chaired by Michael Gove from the Cabinet Office, DCMS Minister Nigel Huddleston and Business Dept (BEIS) Minister & Minister for London, Paul Scully on the possibilities of Covid Certification for events.

Paris took the opportunity to explain to ministers the impact that Covid-Certification on entry would have on the free-flow of visitors to the larger Fairs.

He also reminded the ministers of the impact of its initial lack of support and inclusion for the sector in government plans last year.

But what of the elephant in the room: the local councils?

A Guild spokesperson told Coinslot: “The President reported to ministers that local councils remain the stumbling block for both grants and getting open in many areas of the UK to varying degrees and that this was derailing the national government’s best intentions.”

With that in mind, all eyes are now focused on a series of major pilot events where the government will be studying the Covid ramifications for attendant crowds.

Until then the Guild remains stoic: “The ‘halo-effect of this, combined with the proven-covid-safety of outdoor events and the acknowledged success of the 226 fairs that have run so far; should all boost an outbreak of common-sense in town-halls across the country; which members should keep in mind in discussions locally on booking fairs.”