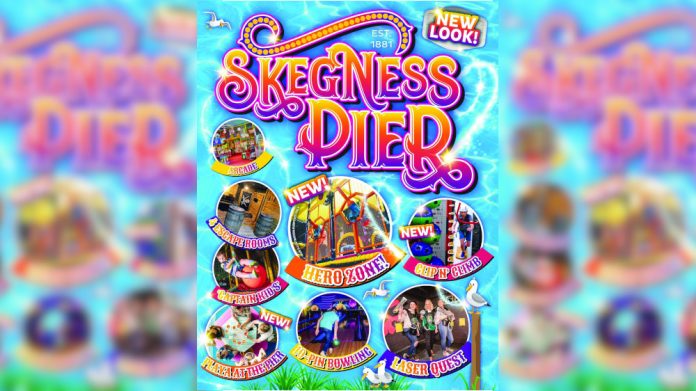 After 12 months of refurbishment work and £2m of investment, The Mellors Group has fully reopened Skegness Pier and Fantasy Island, complete with a range of new attractions and hospitality offerings.

They’ve had to wait a long time thanks to Covid, but The Mellors Group can finally unveil their vision to the British public. One year into their ownership, and £1m invested into each of their new acquisitions, Skegness Pier and Fantasy Island opened their gates and debuted new attractions, rides, bars and entertainment experiences to an enthusiastic and eager crowd.

The reopening comes after the Nottingham-based operator purchased Skegness Pier for £3m earlier this year, part of major investment plans intended to “place Skegness and Ingoldmells firmly back on the map.”

“We know there’ll be a lot of people who are very excited to get back to Skegness this summer,” said group director Edward Mellors. “Our £2m investment into two of the key attractions, Fantasy Island and Skegness Pier, will ensure our seaside town is seen as a must visit seaside resort this year.”

“We’re excited to officially reopen both our indoor venues fully to all UK families. It’s been a long lockdown and we can’t wait for everyone to get back to having family fun by the sea.”

Alongside the escape rooms, bowling and laser quest already established at Skegness Pier, new offerings such as the children’s play arena Hero Zone and climbing adventure Clip ‘n’ Climb have now opened alongside the poolside Playa at the Pier.

At Fantasy Island, the outdoor ride offering has been boosted by the arrival of the Spinning Racer, while indoors, new immersive experiences Harrington Flint’s Island Adventures and The Guardian will open this summer.

The Mellors Group also confirmed it has signed a 12-month charity partnership with When You Wish Upon a Star, which helps realise the wishes of children with life threatening illnesses.

As part of the partnership, Fantasy Island will install several When You Wish Upon a Star buckets and cans across the park, while The Mellors Group will also provide day trips and experience packages at Skegness Pier.

“We are thrilled to have been chosen as charity partner for Mellors Group,” said the charity’s head of fundraising Diane Hummerston. “As an organisation who provides children and families with fun memories through their parks and events, they totally embody the very core reason we exist as a charity.”

“We are excited to be working with such an amazing company and look forward to developing the partnership in the future.”