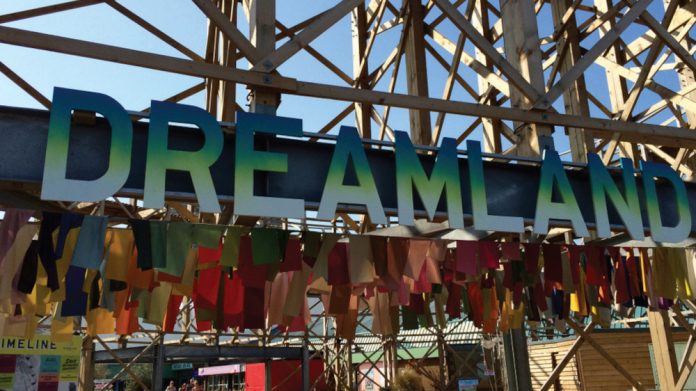 Dreamland has confirmed it will welcome back guests on eight classic rides as part of a staged reopening schedule set to continue into 2022.

Dreamland has announced it is to reopen eight of its most popular rides as of 10 July, as the Margate amusement park attempts to navigate ongoing Coronavirus regulation.

The 100-year-old venue has confirmed its opening strategy will take place in stages, with iconic attractions such as its Scenic Railway not set to ride again until next year.

“This wasn’t an easy decision to make,” said a spokesperson. “However, it is now clear that if we were to open all our amusement park rides as we do in usual years, the park would have to operate in such a way that the visitor experience would be greatly diminished and generate too great a loss.”

“Even after social distancing regulations are due to lift on 21 June, further rules will probably be enforced and could restrict the capacity of large visitor attractions by up to 50 percent.”

The rides which will reopen in July will be the Gallopers, Scrambler Twist, and the Waltzer, as well as the park’s newly-refurbished 1960s Ghost Train.

The Toytown Carousel and Austin Cars will return for younger riders, while The Rocking Tug and a brand new Giant Dodgem Track – featuring 20 superfast cars – will offer amusement “all the family can enjoy.”

Despite the optimistic news of the first stage of reopening, Dreamland noted that the park will “no longer be open to all,” as NHS Test and Trace measures require the return to a ticketed entry system.

“This effectively means returning to a pre-book, no readmission model which we know is deeply unpopular with our visitors. The amusement park’s atmosphere is at its best and Dreamland thrives when the site is busy with high volumes of guests, freely coming and going.”

However, the spokesperson added that “the team is busy with major plans to raise significant funds to open up more areas in the future including the Dreamland Cinema building and the development of the seafront hotel.”

“Despite the challenges of the pandemic, we remain in a good position and are fully focused on a positive 2021 and beyond.”