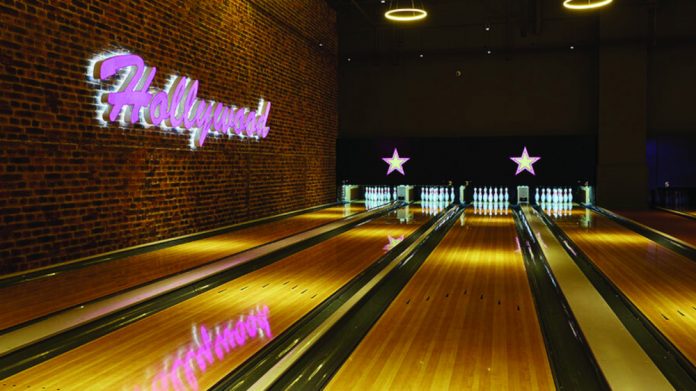 Hollywood Bowl has reported a $14.5m pre-tax loss for the six months to April 2021, after closing its 64 venues for 75 percent of the half year period.

Hollywood Bowl has reported a £14.5m pre-tax loss for the six months up to April, after being forced to close its 64 centres for 75 percent of the period.

Despite seeing revenue fall 82 percent year-on-year to £12m, the bowling operator confirmed development of a new London site, and the signatory of three new leases.

“The considerable demand we saw from customers when we reopened after the first lockdown and the strength of our pre-bookings for May gives us confidence that we can recover to pre-pandemic performance levels as families flock back for fun, celebrations and affordable activities,” said CEO Stephen Burns.

“[The company is] emerging from this challenging year of continuous lockdowns in a strong position to capitalise on the opportunities to invest.”

The expansion plan is set to be funded by the firm’s £8.2m net cash reserves, alongside £29.3m raised through an equity sale in March.

As well as the four new sites – including a Puttstars mini-golf venture in Harrow – CFO Laurence Keen stated plans are in “advanced negotiations” for a further 11 locations, as the company reopened its doors this week, for the first time since 2020.

“We’re super excited about opening today,” Keen told the Evening Standard on 17 May, “the demand is there.”

The company’s upbeat outlook has been aided by “positive engagement” with landlords, allowing strong cash management and “significant” rent allowances, according to Keen, helping Hollywood Bowl partially absorb the impact of lockdown.

With the company having reported a £15.2m profit for the same period in 2019/20, the impact has certainly been “significant” too, however continued estate investment and “quality” new openings are expected to help drive growth.

Commenting on Hollywood Bowl’s latest Harrow development, the Standard added “the group is targeting leisure destinations for new openings rather than cheap slots currently going in retail parks, as the firm wants to be “a destination” close to restaurants.” The area’s “large number of family-oriented residents and small existing leisure offering,” proved key to its selection for the latest home of the Puttstars brand.