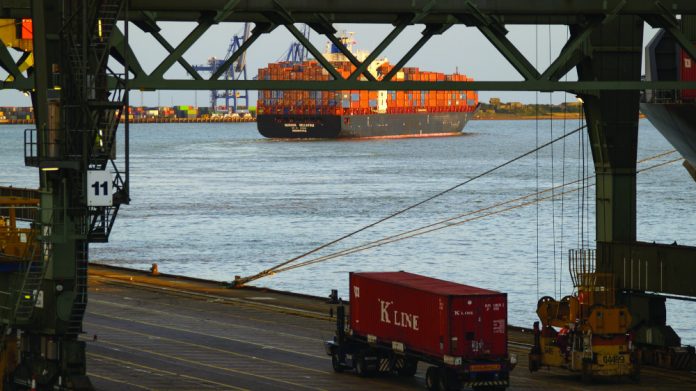 Thanks to Covid, the supply chain’s fortunes are like watching people bailing water out of a boat full of holes. Apt then that it’s actually the shipping industry that’s presently punching even bigger holes in a sector struggling to get back into action as lockdown loosens.

Last week Coinslot reported on the pressures of a shipping container shortage that have resulted in 6-8 week delays in amusement supplies from around the world, and more disturbingly, a three-fold hike in the price of containers to bring new goods into the domestic marketplace notably from China, the United States and Europe.

Bad news. Yet little help is on the horizon from the English government.

The chances of central assistance for the sector following this latest setback is, it seems, highly unlikely. The shipping container crisis – ironically caused directly by government prioritisation of PPE and Covid related services on all cargo ships and docking facilities – is, so the DCMS believes, a matter of market conditions.

That’s the message given to trade association Bacta which has alerted the concerns of supply and distribution companies over container cost rises with government officials. CEO John White told Coinslot: “We have raised the issue already with them, but as this is the market in operation, there is little they can do other than note the position. And to their credit, it was a problem they did take note of.”

Still, it’s a disheartening position, especially considering the government has been heavily attacked for its indifferent response to the supply chain’s misfortunes, not just from this industry, but throughout the economy.

“This is the last thing suppliers need at the moment,” White acknowledged. “Unfortunately, though, the government considers shipping costs to be at the mercy of the laws of supply and demand.”

Indeed they are; as is, now, every amusements supply business who are now currently wrestling not just with extensive delays in receiving goods bought overseas, but also a trebling in costs.

Inflation, the biggest threat to the government’s economic recovery plan, is knocking on the door of the Treasury, but no one it appears is home.

Bacta are acutely aware of the catch 22 situation; translating it to the government, though, has yet to prompt action. White explained: “There’s not a lot members don’t already know about getting the best deal. However, even getting a cheaper price is not going to eliminate the massive hike in shipping costs we are witnessing at the moment.”

So where does this leave the supply chain, which is sensing a realistic threat of product shortages and price rises for equipment later in the year?

White clearly wasn’t able to offer great encouragement, but he remained determined to press the point at every opportunity. “We have, as you know, been exploring with government ways to help the supply chain, and we go back everytime and push the argument, which we will continue to do. There are obviously some measures to ease cashflow, such as on VAT where there is the option to defer payment. But I fully appreciate, we need more, and more needs to be targeted directly to the supply chain.”

That ‘more’ is exactly what’s being discussed fervently between suppliers and distributors who have been meeting and zooming on the subject for the past month. One leading distributor advised Coinslot that this was a major blow, at the wrong time, and it could set many businesses back. “It’s dampened confidence, especially when there’s so much optimism out there due to the easing of lockdown. But when a container budget for £4,000 turns into a £12,000 bill, that beats the crap out of your enthusiasm.”

Another supplier has decided to write to his MP and request pressure be put on the government. “I think the government knows exactly the difficulties we’re under. Why they aren’t assisting us directly needs to be explained. Our MP has to uncover that reason and get some redress for us because this will have a knock effect through the entire chain.”

With news emerging this week of a doubling of inflation rates during the past month, a three-fold rise in container costs is beginning to sound more and more like an alarm bell that needs ring louder at the Treasury.