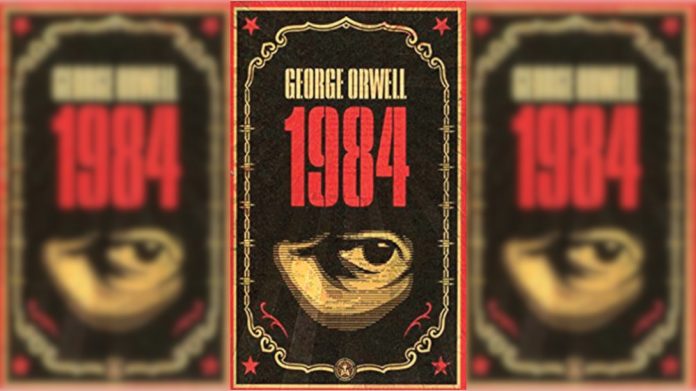 Reflecting on the May 17 return to business, OTR highlights the sad decline of the high street and its impact on AGCs reliant on footfall, the claim that Covid ‘facts’ were exaggerated and why anti-vaxxers are on a par with drink drivers.

IT’S GREAT TO BE BACK – AGAIN

Obviously, it was fantastic to (at last) be able to open on Monday. I said before that I was quite nervous about the whole process: the image of unlocking the doors and no one coming in all day was the theme of a recurring nightmare. I wanted everything to be perfect but of course that’s never going to be the case. We had a number of our regulars back and we actually saw some new faces, which was positive.

Although I was concerned about the level of confidence, that didn’t appear to be a problem.

The biggest issue remains face coverings and we’ve got a number of players who have become asthmatic over lockdown and are therefore exempt!

There’s still quite a few that we haven’t seen but they will start trickling back once the dust has settled. I don’t know if it’s significant but it’s the female customers who haven’t ventured out whilst the men have.

In terms of trading, it’s impossible to make any kind of judgement this early on. To see how the games are playing I would normally allow a fortnight, anything shorter than that and the figures will be reliably unreliable.

The thing with this business and any operator will agree, is that no two days are ever the same and it’s impossible to forecast ahead. But it’s nice to be back and I’ve only lost two staff members, which is better than I expected.

It’s a sad experience walking down any high street. Gone are the shops and chains that we grew up with and not even the charity shops can be bothered to take-up free rent deals – trading’s that poor!

This actually isn’t a moan about the past but a fear about the future. If there’s no reason to visit a depleted high street, shoppers are going to get all they want and need online.

Fewer trips to the shops, for shorter periods decimates footfall which in turn impacts my business and those of many hundreds of others up and down the country. So, where’s the strategy to halt this decline before it gets terminal?

Annoyingly, we haven’t received the full money owed from our Restart Grant – which kind of destroys the objective if you think about it. I was asked to prove that we were part of the leisure industry, which I did, and we are currently £5,333 short – which is a lot at this moment in time.

There’s a pattern of government departments being all over you if they think you owe them money but when the boot’s on the other foot, it’s a completely different story.

I know people who when they complained to the Commission about having to pay their Gambling Licence when we were in lockdown were advised that they could rescind their licence and renew when lockdown ended. Well, it’s a good job they didn’t because the time it’s taking for the Commission to even reply to correspondence let alone get things done such as issue licences is criminal. It’s like they’ve gone on a go slow and there’s no prizes for guessing what they will blame their inactivity on – the same as every other underperforming government body is doing at the moment. They will be up the proverbial if we ever break free from the pandemic!

DON’T CRY FOR ME ANTI-VAXXERS

Andrew Lloyd Webber stirred up a bit of controversy when he said that people who refused to be vaccinated are no better than drink drivers in that they could indiscriminately cause the deaths of innocent others.

Morally that’s quite a difficult one. Yes, people have the right to refuse the vaccination but they are, in the process, putting other people at risk. Drink Drivers are by definition intoxicated which impacts their judgement whereas anti-vaxxers are making a decision in the cold light of day, which in my book is much worse.

BORDERING ON THE LUDICROUS

Dominic Cummings described the government’s border policy as being ‘a joke’ and I have to agree. For over a year the Prime Minister has been shutting stable door after stable door, long time after the horse(s) have bolted. At least 20,000 passengers were allowed to enter Britain from India while Boris Johnson delayed imposing a travel ban from the country. He added India to the red list on April 23 – a full three weeks after announcing a ban on flights from neighbouring Pakistan and Bangladesh both of which had lower rates of infection. Could the delay be linked to his desire to complete an important post-Brexit trade deal which he hoped to do on a trip to Delhi scheduled for April 25.

When all of this is over, I’m sure one of the main questions the government will be taken to task over is why they were so inept at securing our borders, particularly when the PM was so keen on doing exactly that as part of his commitment to Getting Brexit Done in the run up to the 2019 General Election.

I’m not at all surprised to learn that there was a government department feeding into Sage, whose job was to quite simply scare the shit out of the population in order to make them more compliant. The charges have been made in an explosive new book which claims that the government wanted to make the Covid threat more real to the man and woman in the street. They ‘achieved’ this by providing a non-stop diet of doom and gloom without giving context to the data on deaths and hospitalisation. Looking back, I was surprised how obedient the British population was and to a certain extent still is. We are constantly told by DCMS and the Commission how we must supply evidence-based arguments but that clearly doesn’t apply to everyone!

For example, how many businesses have fallen foul of the diktat that Covid can be caught off hard surfaces or by using cash? Pubs alongside AGCs, Casinos and Bingo Clubs have been forced to remain shut for extended periods due to policies that simply weren’t supported by the evidence. These represent exactly the type of Nineteen Eighty-Four style tactics you’d expect from a totalitarian state.

PUBS SHOW CAMPAIGNING SPIRIT SO WHY CAN’T WE?

The pub sector is clamouring for a 50 percent reduction in beer duty in order to kick-start the sector. With doubts beginning to emerge about the June 21 relaxation of rules governing social distancing surely, it’s time for our sector to start doing some campaigning of its own?

Personally, I would step up the pressure to reduce MGD to 5 percent. MGD is our equivalent of VAT and it’s a duty whose reduction could help get the wheels of recovery moving all the way down the supply chain.