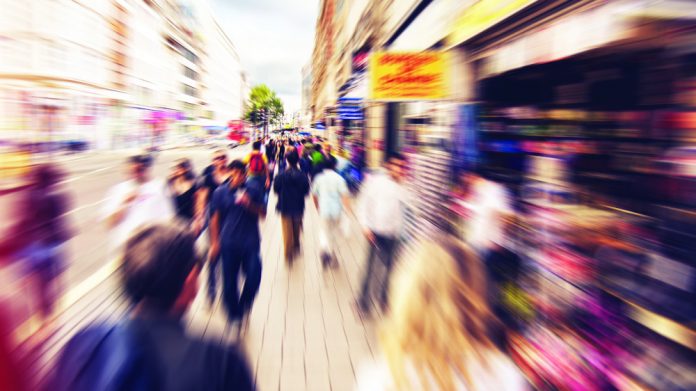 It might be a bounce back from the depths of a recession but the mood music is melodic as economists tear up their earlier forecasts of despondency.

The UK is set for the strongest year of economic growth since the 1940’s as households spend their lockdown savings and businesses reopen buoyed by the success of the government’s vaccination programme.

Bank of England Governor Andrew Bailey was in bullish mood during his press conference as he announced that interest rates will be kept at a record low of 0.1percent, GDP growth is forecast to rise at 7.25 percent over the course of 2021 and confirmed that the Bank was to continue its QE programme.

If accurate the growth rate would be the fastest since an 8.7 percent expansion in 1941, when production was being pushed to the limit during the second world war.

Asked by a journalist whether comparisons could be made with the Roaring 20’s post the General Strike, Andrew Bailey responded: “I don’t think we’ve had a bounce back quite of this nature certainly in modern times. I think there was one or two quite strong numbers in the 1870s but I think the important point to make is this is a bounce back.” Adding: “Remember this time last year when we were having this session, we were talking about the largest fall in GDP possibly since the early part of the 18th Century, 1709 if I remember rightly. To be clear, given what we’ve all been through, given what the economy has been through, this is of course not to be underestimated. It is good news.”

The Bank said it expected the UK economy to recover to its pre-pandemic level by late 2021 and that unemployment would hit a much lower peak than previously forecast from the high of 12 percent predicted by the Office for Budget Responsibility last year to the current predicted high of 5.5 percent in the autumn.

The upgrade to forecasts comes after a more-resilient-than-expected economic performance during the third national lockdown at the start of this year, as businesses adapted to life under restrictions.

The Monetary Policy Committee said the economy shrank by as little as 1.5 percent in Q1 2021 during the toughest restrictions since the first wave of the pandemic, significantly better than its previous forecast for a 4 percent plunge.

“We’ve all found ways to do things and to spend money in ways that we needed to find a bit of time to exercise our imagination because we weren’t doing it this time last year.”