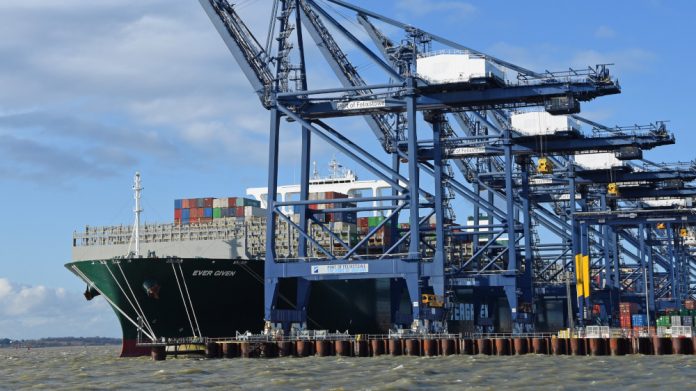 As if the supply chain hasn’t been hit hard enough, news this week of shipping delays increasing into months and container costs trebling has added further fears to the stability of the sector. The prospect of extended delays for new machines coming into the country and an increase in prices is now a serious concern to the distribution line, and one which could possibly run through to the end of the year.

The UK supply chain has found itself caught in the stranglehold of the Covid pandemic once more, with a number of distributors warned of the impact of a global shipping container crisis. Last week, one major machines supplier was notified of a three fold increase in its container charges for an indefinite period going forward – a cost that would add circa £2,000 on to the shipping cost of each machine on that particular cargo.

Worse still, the supplier was also advised that the 40 foot container would be subject to up to six weeks delay, due to docking shortages at the major trading ports around the world.

The problem, cited by the shipping companies, is the fall-out from the coronavirus crisis; notably, the surge in demand for PPE which has resulted in a serious shortage of containers which are being sequestered by national governments and stored on docks at all the key shipping ports. The crisis has built up over the year due to a combination of a drastically reduced number of containers currently available for general trading, and a severe fall in the number of docking spaces for container ships.

All the key ports from China, a major source of gaming and amusements equipment for the UK, through to Rotterdam, the largest port in Europe, are severely impacted. As is the United States where current delays for shipping containers are running at 6-8 weeks, and the costs to book the next available containers in June have risen to “three times the price of earlier this year.”

For many businesses in the supply chain, these price and delay issues are now current and potentially catastrophic; a number are believed to be evaluating pricing adjustments on all new products brought in from overseas from now through to late summer, notably redemption tickets where prices will likely increase by £20 per box.

For the marketplace, however, the impact will be delayed for the short term; current stock levels housed by distributors at their UK depots are running at sufficiently high levels – enabling the supply chain to preserve costs on existing stocks at their current market rate.

Whilst a relief for the operations sector, which is expecting a buoyant season due to staycation fever, current machine and product supplies should meet demand for the best part of the season. But, the bulk of distributors believe the supply problem will likely take effect towards the end of the summer, through to the new year.

For Mark Horwood, whose UDC operation imports and exports extensively throughout the world, the shipping container issue is a major worry. “We’ve been looking at this issue with a number of other colleagues in the industry and what’s so frustrating is that it’s out of our control. There are containers that are coming from China which simply cannot dock in Europe. And the example you cite on the tripling of costs from container companies – well, we can confirm that is absolutely the case.”

UDC are currently awaiting arrival of a much delayed container of supplies from China, but they do find themselves in a more fortuitous position having taken stock of a significant number of machines and supplies earlier in the year.

But that doesn’t ease Horwood’s fears. “The worry is not so much now – we have currently good stocks available for our customers. It’s three to four months down the line that we’re focused on. That’s when new products and prices might be hit. With the delays presently indicated, even if we book a container tomorrow, that stock is unlikely to arrive until early August, and the price will be treble what we’re used to paying pre-Covid.”