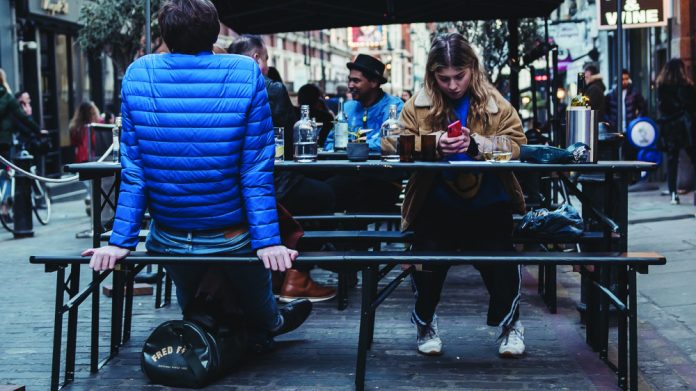 Greene King says it’s ready to open and play its part in kick-starting the UK economy provided there are no further restrictions and that includes the introduction of vaccine passports.

Nick Mackenzie, the chief executive of Greene King, has warned the government of the necessity of lifting all restrictions on pubs by the June 21 roadmap if the pub sector is to stand any chance of recovery. He argued that any further adherence to social distancing or the introduction of vaccine passports – which are yest to be explicitly ruled out by the government – would necessitate further state support for the sector.

His comments came on the back of trading figures which illustrated the size of the hit sustained by the PubCo during lockdown. Figures for the 36-week period to January 3, show a 63.4 percent slump in group revenue to £562.1m and a statutory pre-tax loss of £258.6 m.

During the period the Suffolk-based PubCo which runs 1,668 managed pubs and has 900 tenancies received £159.7m of government support which included £136m of furlough money and £23.0m for Eat Out to Help Out to support trading during August 2020.

Financial performance was significantly impacted by COVID-19. In total, pubs were closed for 14 weeks of the 36-week trading period due to national lockdowns, with significant closures regionally due to local lockdowns at other times. Restrictions such as the 10pm curfew and the need to buy a substantial meal to purchase alcohol significantly impacted trading in periods when pubs were open. The cost of lockdown equated to £4,500/per pub/week.

Greene King confirmed: “On 12 April 2021 the group re-opened 452 pubs within its managed estate, with a further 108 opening on the 29 April 2021. In accordance with the current government roadmap the group will look to open the vast majority of the remaining estate in England on 17 May 2021 for indoor trading with restrictions, ahead of unrestricted trading from 21 June 2021. In Scotland, 50 pubs opened on 26 April, with a further 69 set to open in May, if the roadmap allows. In Wales, 12 pubs reopened for outdoor trading on 26 April.”

“Focus is on leveraging demand throughout the second half of the year to strengthen Greene King’s financial position and enabling it to once again invest in jobs, its estate, its people and customer experience.”

“Prior to escalation of the virus, and the period under review, we set up a cross functional management team to deal with the crisis. It was agreed that all decisions should be taken with a view to complying with the following core objectives: To ensure the financial stability and survival of our business; To position us to exit this crisis as the strongest in the sector and be ready to bounce back when normal life resumes; and as far as possible, to protect our team members/partners from the worst impact of the crisis – both financially and from a welfare perspective.”