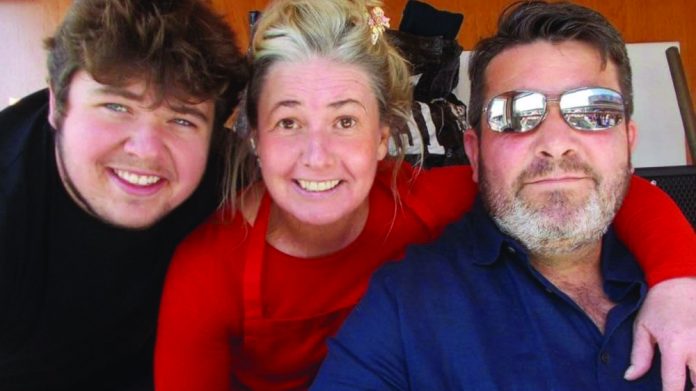 David Rowland Jr has told Devon Live of his dedication to the life of a travelling showman, as the eighth-generation funfair operator looks ahead to a positive 2021.

Eighth-generation showman David Rowland Jr has told Devon Live there’s “no better life” than being part of one of the oldest fairgrounds in England, as David Rowland & Sons prepares to return to Cranbrook.

The 22-year old, who operates the fair alongside father David Rowland Sr, left school at ten to join the family firm, which was operating 50 events across Devon and Cornwall every year, prior to 2020.

“From the age of 18 I took over the reins of the business a little bit. I book the locations and I deal with local councils,” said Rowland. “I have always enjoyed it so I have never felt any pressure to take it over as we were brought up with it. It falls upon me as I was the first born son, and the name David is given to each first son in the next generation.”

“There is no better life really. I don’t ever think I could do a normal nine to five job, doing the same thing every day. There is nothing better than trekking around with fairgrounds. I love going to different places and meeting different people. Nothing is ever the same.”

Despite Rowland & Sons only being able to hold seven fairs last year, the outlook for 2021 is looking more promising, with the fair moving to Cranbrook this week from Plymouth – where it has been sited since 12 April.

Alongside this, Rowland is also working on plans for a Winter Wonderland in Exeter, under the umbrella company D&C Attractions.

“I am from Exeter and that’s why I wanted to bring one to the city where I was born,” said Rowland. “We applied for it six months ago and have now just been given the go-ahead.”

“It will be a great event for everyone and hopefully it will be a success and become a yearly event for Exeter.

It will be on par with the Devon County Show as one of the biggest annual events in Devon.”

The festive event will be held at Northernhay Gardens from 17 November until 2 January, and will cap off a range of planned events across Devon and Cornwall this season, with Rowland adding “we’re hoping everyone will be out again this year as we head back into some normality.”