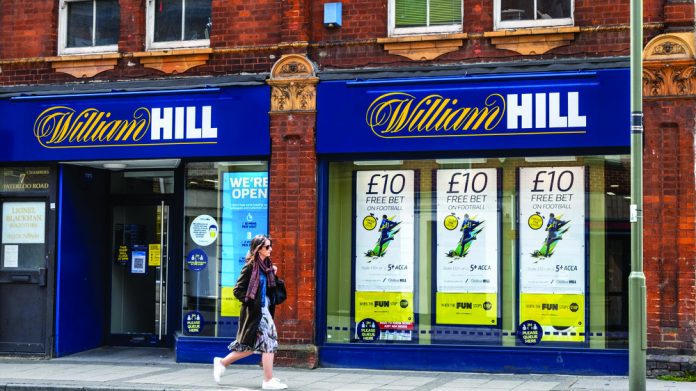 All of William Hill’s 1,400 high street betting shops are up for grabs this summer as new parent company Caesars Entertainment looks to cash in on its unwanted assets.

Caesars Entertainment has announced that it will sell the European and UK assets of William Hill after formally completing its takeover of the bookmaker last month.

The sale will include all 1,400 of William Hill’s high street shops in the UK and Ireland, as well as its British and European online divisions, which could generate more than £1bn for Caesars according to some analysts.

One of the two primary contenders to takeover Caesars’ unwanted Will Hill assets is US private equity fund Apollo Global Management, having previously competed against the casino operator for the initial acquisition of the British bookmaker. If successful in its takeover of the remaining William Hill assets in the UK and Europe, it ‘would be expected’ that Apollo would combine the British bookmaker with its Italian subsidiary Gamenet, with a strong focus on leveraging the company’s sports betting operations.

Competing with Apollo is the Israeli Shaked business family, the founding shareholders behind online sports betting and casino operator 888 Holdings. Itai Pazner, CEO of 888 Holdings, had previously stated that William Hill “could be something that we would be looking at”.

Other potential contenders could include Fred Done, owner of Betfred, who is reportedly primarily interested in integrating William Hill’s extensive network of betting shops into his own business. If successful this would account for 44 percent of the UK’s offline, retail betting market. Additionally, Swedish operator Kindred is also reportedly interested in incorporating the remaining William Hill divisions such as popular online casino Mr Green into its portfolio, which already includes Betsson and 32Red. However, Apollo is allegedly in the dominant position in the bidding contest, having been granted access to William Hill’s books during the takeover contest with Caesars.

While the UK’s upcoming gambling review could lead to a change in valuation of William Hill’s assets, deal makers expect bidding to be concluded by the summer, however any final acquisition agreements could not be finalised until the end of the year trading. Until then, the company’s betting shops will continue to operate, but depending on the terms of any sale, it could be the end of a brand that has been a stalwart of British high streets since William Hill acquired his first betting shop in 1966.