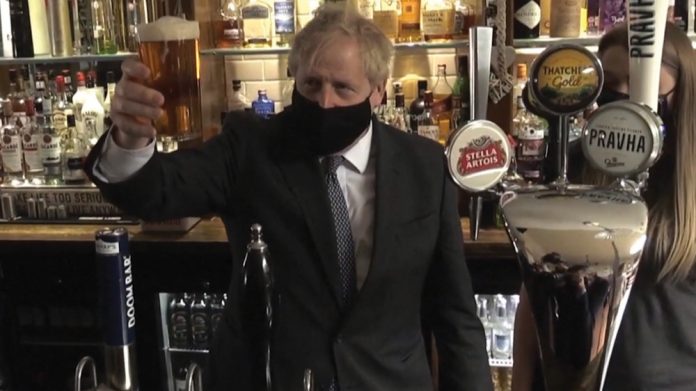 As test events continue and the government’s review of reopening remains ongoing, the Prime Minister has reportedly been convinced that vaccine passports are not the way forward for pubs and restaurants. But, in keeping with the government’s propensity to leak one thing and do the opposite, the leisure and hospitality industry remains none the wiser.

Prime Minister Boris Johnson has moved away from supporting the use of Covid certification checks in hospitality, according to the Daily Mail.

Instead, the vaccine passports could be used just to unlock large participation sectors including theatres, nightclubs and big sporting events, however the government maintains that they are still to make a final decision.

“We are considering a range of evidence around Covid-status certification and whether it may have a role in opening up higher risk settings safely. The review is ongoing and no decisions have been taken,” said a government spokesperson. The government has, however, ruled out any system being introduced from 17 May, which is the earliest date pubs will be allowed to reopen for indoor trade.

The hospitality industry has welcomed the reports including the Society of Independent Brewers’ boss James Calder, who said if true the news would be “sensible and welcome”, probably a first in the government’s application of rules for the pub sector.

James Calder, SIBA chief executive, reinforced the argument that a health passport system “would have been another unjustifiable level of red tape and incursion into the freedom of individuals”. The Campaign for Real Ale’s chairman Nik Antona said the government would be making “the right call” if it ditched the vaccine passport proposals for pubs and bars.

“A vaccine passport scheme would have been another nightmare set of rules for licensees to enforce and potentially exclusionary to some consumers,” said Antona. “The social and wellbeing benefits of pub going should be available to everyone, and the government still has not provided any evidence that hospitality businesses have been a major vector for virus transmissions – so we saw no reason why the sector should be singled out for more unfair treatment.”

However, the Night-Time Industries Association said a passport system for the late night economy would still be problematic, with CEO Michael Kill arguing that additional trading measures for the hospitality sector were “unworkable”. He said it was unfair supermarkets and retail businesses had been granted extended hours and did not have requirements with NHS Test and Trace while non-essential shops had been permitted to reopen earlier than indoor hospitality.

Last weekend, some 6,000 unmasked and non-distanced partygoers enjoyed The First Dance event in Liverpool’s warehouse nightclub Circus, the data from which officials say will be vital to reopening society safely.