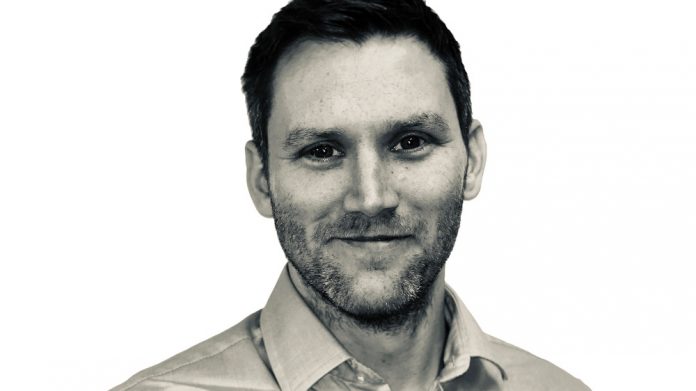 JNC Sales celebrates its 40th anniversary this year. Rooted in its family traditions, from grandfather, father and son – supported by a sister and brother in law – MD Tom Clarke relates the story of the business. From pinball operator to machines distributor and AGC and FEC operator, JNC is business of many talents.

40 years is a pretty impressive run of form in the industry especially during a period when the marketplace has consolidated. Run us through some of the landmarks in JNC’s history?

Tom Clarke: JNC was originally a partnership formed between my father John Clarke and his father Maurice Clarke, my grandfather.

The limited company was then soon registered in 1981, the year I was born (yes that means I am also 40 later this year!)

With the uptake in the video sector in the 80s, JNC expanded into a major operator in Bristol, specialising in amusements.

Because of this success they formed and ran two pintable leagues playing weekly inter-pub pintable matches and cup games. After a successful period of operating JNC also started a dedicated sales department by 1989 and moved into much larger premises in Avonmouth, Bristol.

I started working for JNC full time in 2003, after working weekends and school holidays since I was 10 years old.

My father retired in 2013 but still very much likes to know what’s going on in the industry that’s been a part of his life for well over 40 years. He was featured in Coinslot’s Hall of Fame of the industry’s top characters in a 2007 Coinslot supplement as celebration of the 2000th edition of Coinslot.

There’s a family emphasis at the company with, as we’ve heard, your father launching it back in the 80s. What’s the story of the Clarke clan and your roots both in the industry and the south west.

Tom Clarke: Yes it’s always been very much a family ran company. As just mentioned my father originally started JNC as a partnership with my grandfather who was a very successful and well liked pub landlord in Bristol.

Most people recognise JNC as a machines supplier, but there’s way more to the group than that. How has the business evolved and expanded over the years and what areas have you ventured into beyond machines?

Tom Clarke: We started as an operator of Pinballs and Space Invaders in pubs, then quickly expanded into sales.

Then in the last 20 years we also operated our own arcades which are now run by our sister company Covertravel Ltd.

By operating our own FEC and AGC sites, it has really helped build up our knowledge of the market and what our customers are looking for when it comes to amusement machines.

It also serves as a great platform when it comes to developing and distributing new machines, giving us an understanding of how these machines perform in our own arcades before we sell them to customers.

Looking back over the 40 years, you’ve witnessed so many changes in the industry. What are the key moments when you’ve seen the industry turn and how did these changes shape JNC as a business?

Tom Clarke: The industry has been great at adapting; from the huge shift from analogue to digital gaming, to fighting off the boom of home console games by offering an FEC experience that can’t be offered at home.

From the smoking ban, S16 to B3, and credit crunch – all taking place in a matter of a few years – the industry has always had to be flexible.

It’s meant that we have to ensure we are well spread to follow trends and always supply what our customers need.

Customers have always and will always be looking for the top machines at great value for money.

We tend to assume that the UK is your stronghold, but how international have you become in the years? Is this the next growth area for JNC?

Tom Clarke: We’ve actually always had a great customer base overseas even in our infancy and have customers and suppliers all over the world.

Over the last 40 years as a company we have been lucky enough to visit customers and exhibitions in countries such as Australia, South Africa, Brazil, USA, Japan, Spain, France, Portugal, Italy, China, UAE to name but a few.

It is great for us to be able to supply a range of new and used equipment worldwide and interact with such a wide customer base.

Four decades on and, like everyone else, the JNC journey has been interrupted by Covid. How are you planning on moving things forward when we all return to action? And what’s on the JNC list of objectives?

Tom Clarke: Like all companies in the leisure industry supply chain JNC have been hit very hard, and not eligible for much of the government support.

It will take some time to recover and we’ve regrettably had to make some difficult decisions to tighten up to secure the long term future of the company, but are confident we will get through the tough times and be better for it.

We’ve used the last 12 months to continue a shift we had already started to become more digital and have invested in ecommerce platforms.

Because of the huge volume of varied stock we have always carried it’s previously not been viable to keep all of the info on every item of stock online.

However with a recent investment in a new modern bespoke inventory management system we are able to link it to our new website to showcase live stock availability, pictures, videos, dimensions and detailed info of every item of stock, and customers can register their interest or request a tailored quote including PX’s online, as well as an online spares shop and technical support. And product. It’s always about product. What’s JNC got lined up this year? And if you had a chance, what products from the last 40 years would you bring for a trip down memory lane?

Tom Clarke: We’ve got some great new lines being launched at EAG online on Tuesday, low cost, great value, short return on investment – hopefully exactly what customers are looking for at the moment.

We’ve been lucky enough to have had some great lines over the years, new and used from ….. Pinballs, Sega twin drivers such as Virtua Racing and Daytona, Kiddie rides such as Kiddi Sub and Go Go Pony, some great Harry Levy pushers, and most recently the huge success of Giant Prize Pod Pro.

The original Sega rally will always be my personal favourite. We have always stuck to our core of staying current to the industry’s needs and offering proven good performers at great value, new or used.

“After working for Peter Simper in Bath for 7 years as a fruit machine engineer, I left to form JNC Enterprises, a partnership with my father, publican Maurice Clarke.

We supplied local Bristol public houses with amusement machines. As the business grew in 1981 I registered JNC Enterprises Ltd and obtained a gaming board certificate and started also to operate pin tables and AWP’s. In the early 1980s my brother in law, Andy Moore was also part of the company, and then in the mid 80’s my sister Sarah also joined staying for 25 years until she left in 2010 to form her own company.

By then my son Tom, the present owner and MD had joined the company. As you can see it’s always been a family affair. In the preceding years JNC moved from operating to sales, both UK and exporting and also managed to move into arcade ownership.”