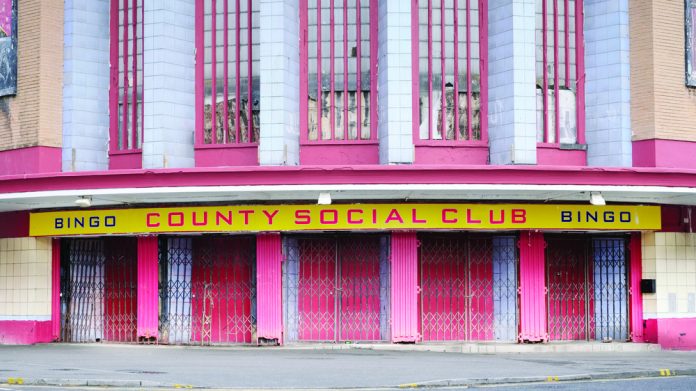 After a well-orchestrated campaign by the Bingo Association, independent bingo operators in Scotland will finally get the same financial support as similar hospitality businesses across the country.

Independent bingo clubs in Scotland can now bid for grants of up to £50,000, offering a lifeline to the many operators that have been closed for business since March 2020.

The funding support comes after high-profile Save Scottish Bingo and Bingo is my Lifeline campaigns raised awareness of the plight of the bingo industry in Scotland. Concerns over the future of clubs in Scotland grew after the industry received very little assistance over the past year, while other areas of hospitality, sometimes even in the same building in one cinema’s case, received financial support. While staff costs were being met by the UK Government’s furlough scheme, there was no other support available to bingo clubs since their doors shut in March last year.

This urged Troup councillor Mark Findlater to write to finance secretary Kate Forbes for help, asking her to grant the similar status of discretionary funding that independent cinemas received.

“For many people, bingo is a vital social activity. The game is almost secondary to that, but the place and the welcoming, friendly environment still need to be there,” said Findlater.

“Without support for places like Broch bingo then we may see them fold.

“That is inconsistent with current thinking now: that isolation can be worse for older people’s health than a number of more readily appreciated conditions.

“A bit of fairness for the Broch, for the north-east, will go a long way to keeping our communities connected and social.”

“This is a welcome about turn after a year with little support for this industry.

“It is better late than never and I am sure the volume of correspondence received has loudly made the case for local bingo.”

The news will come as a welcome relief to dozens of independent bingo clubs struggling under the latest lockdown. Since January at least one bingo club in Scotland, Buzz Bingo Glenrothes has closed permanently.

Bingo clubs in Scotland are expected to reopen on 17 May.