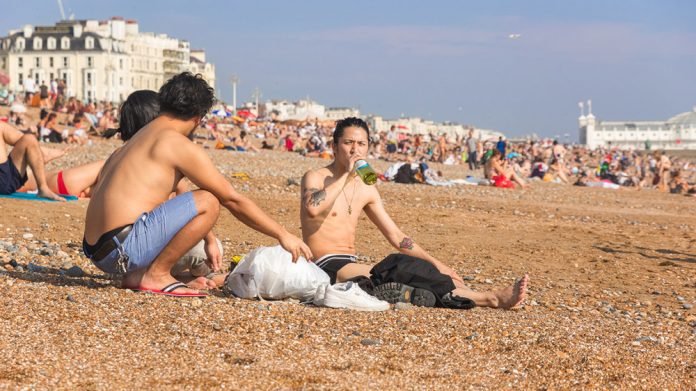 Once bitten, twice shy is the motto for many of the UK’s seaside councils which are now planning on enforcing protection orders to keep behaviour on their beaches social. There’ll be no urinating, no brawling and possibly no boozing at the seaside this year.

Does your council have a problem with seaside visitors “urinating”, women trading blows”, 200-strong beachfront brawls or “12 weeks of hell”, then you need a Public Spaces Protection Order (PSPO).

Fines of up to £1, 000 and daytime drinking bans on beaches are now a probable option for councils up and down the country as they prepare for a staycation invasion to the great British seaside.

Following last year’s reports of mass fights, drunken behaviour and, in the case of Seaton Carew, “people urinating everywhere and exposing themselves”, this summer community officers and local councils will be better prepared to protect the atmosphere of a holiday on the coast. The £1,000 fines will be enforceable from April through to October.

A majority of local authorities are expected to enforce the fines with some considering going further with daytime drinking bans also on the agenda.

Towns such as Bournemouth and Margate are reported to be tempted, the former still scarred by the difficulties it faced with half a million plus visitors on the beach during June 2020.

This year, there is little to suggest that the behavioural pattern will not be repeated. Overseas holidays are touch and go according to government advisors, much of the UK has spent the best part of five months in lockdown and there is pent up frustration at both lockdown and government restrictions.

The Brits want to party – and they can only do so at coastal towns.

One, however, will not want history repeated. Seaton Carew has banned drinking alcohol across the town this summer according to Teeside Live which reported that alcohol will be banned from 6am to 8pm on the promenade, and in some parks the ban will be 24 hours a day.

But not all in the resort agree with that decision. Cllr Tom Cassidy said the ban “ is nothing but a business killer for the hospitality sector. For businesses in that area, the tourism of this town requires a cosmopolitan approach, and – yes – families need to be invited, but there needs to be both a daytime and nighttime economy.”