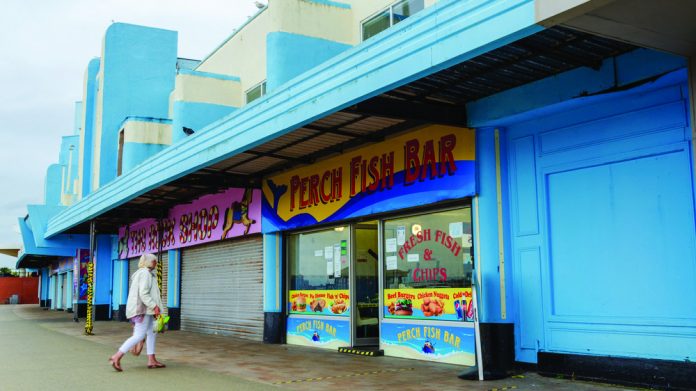 New Brighton’s iconic art deco New Palace Arcade could be demolished to make way for a hotel as soon as next year, as owner David Wilkie confirmed plans to sell.

The New Palace Arcade and Adventureland in New Brighton is set to be closed and demolished by next year, after the owner agreed a deal to transform the site into a hotel, apartments and retail centre.

David Wilkie, who first broached plans to sell in 2019, stated “everything is on track” for the sale’s completion, which has been ongoing since 2020 and will see the 1930s landmark levelled to make way for the new complex.

“I think after it has been demolished, it could be one, two years before it is open again, but I have not been involved in a project like this before, so it may take some time,” Wilkie told The Echo. “I will close the arcade last, but we will be open on 17 May and we are hoping to welcome people back.”

Despite sacrificing the landmark structure, Wilkie has agreed a commercial lease deal with the as-yet unnamed developer to locate a new arcade on the site, as well as a miniature village called Giant Footsteps.

“I have good staff and I want to keep them. While we are still working on preliminaries, I have already agreed to space for the arcade which will have the latest virtual reality technology.”

“The miniature village will cost around £1m and will include the New Brighton Tower, which will be about chest height.”

“I am also looking at people giving talks about the history of New Brighton because there is such a rich history. It is going to be totally amazing.”

If the sale is successful, a planning application is expected to be submitted to Wirral Council by September, with Wilkie then closing the arcade for good three months later, just prior to demolition.

However, looking ahead to next month, Wilkie assured visitors that the arcade would be up and running in line with government regulations for one final season in the Palace.

“If the 10 weeks we opened last year is anything to go by, we will be very busy because people aren’t going away on holiday.”