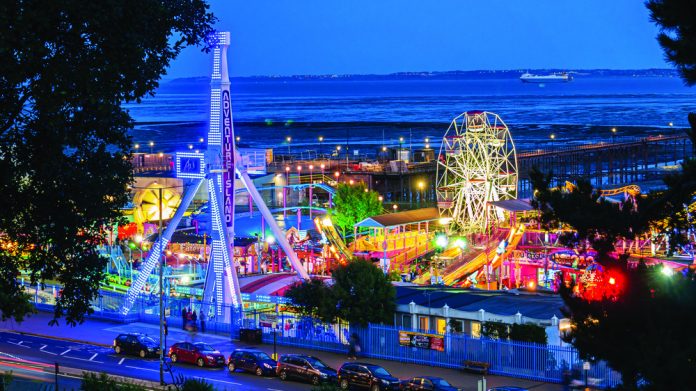 Adventure Island has confirmed new staff will not be required to be vaccinated as a condition of employment as the park continues its recruitment drive in preparation for 17 April.

Adventure Island has confirmed it will not request proof of vaccination from any new staff as it prepares for reopening on 17 April, claiming to do so would constitute “discriminatory policy.”

With the Southend attraction restarting its recruitment drive last month, bosses confirmed no interviewee would be required to have received the jab as a condition of employment.

“We would never create a culture of peer pressure to take the jab by constantly asking whether you have had it,” said a spokesperson for the park. “It is an invasion of privacy and none of our business.”

“We would never persecute, alienate nor ridicule you if you choose not to take the jab. These behaviours are bullying and the opposite of what we stand for. It is not our job to dictate how you should manage your own body.”

Following the announcement, Adventure Island operations director James Miller appeared on TalkRadio to expand on the park’s decision, stating that though his father and park owner Philip Miller received the vaccine last month, staff were free to refuse the immunisation treatment without prompting official reprisal.

“It’s not that we’re antivaxxers or anything like that,” Miller told presenter Mike Graham. “We wouldn’t want to be seen to be discouraging people from doing it.”

“We’re saying it’s your body, your choice, you do what you want to do, it’s not for us at all to get involved with that decision. So if you want a place to work for like that, then we’re your employer.”

Miller also added the potential of introducing vaccine passports to prove guests had been immunised prior to visiting the park would be “plainly wrong.”

The debate around the vaccination process has become increasingly heated, with the government relying solely on the success of the NHS roll-out as its only practical strategy for a gradual return to business.

Though the circulation of anti-vaccine material online has increased over the past year, there is no evidence to link any of the approved vaccines with anything other than significantly reducing the long-term risk of catching Covid-19.