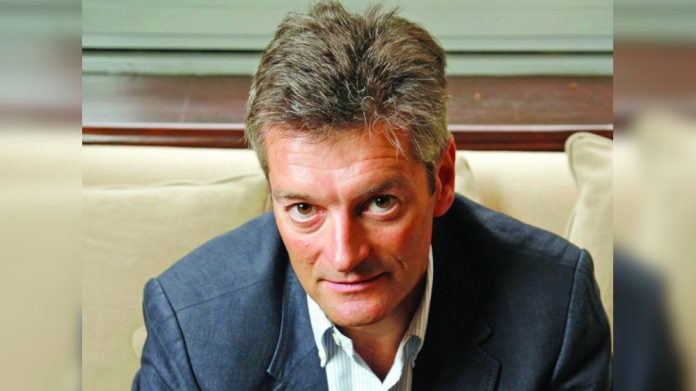 The relationship between hospitality and the government has soured with leading industry figures asking to see the data informing the decision-making. Leading the charge is Punch founder Hugh Osmond.

Hugh Osmond, the founder of Punch Taverns, has told The Financial Times that he is striking a blow for democracy by taking the government to task on its decision to delay the opening of hospitality venues until May 17.

Osmond said the decree that hospitality venues – which includes those in the gaming, gambling and amusements sectors – can only reopen five weeks after nonessential shops was not backed-up by data.

Hugh Osmond has taken to contacting Boris Johnson direct saying there was no justification for allowing nonessential retail to open five weeks earlier and warning the lockdown was costing the hospitality sector £200m each day. The entrepreneur has joined forces with Sacha Lord, Greater Manchester’s night time economy adviser, and is threatening to sue the government over its decision which he said is “beyond the bounds of reasonableness.”

He told the FT that the purpose was not to bring forward the opening in line with non-essential retail but to set a legal precedent for businesses to challenge government decisions where evidence was lacking. He said: “We are committed to doing this because we think it is important not just for hospitality but for democracy.”

The perceived inequality and the absence of empirically driven decisions has resulted in a breakdown of trust between the hospitality industry and government. Hugh Osmond’s decision to go public and take a stance has attracted the support of other high profile business personalities. Nick Mackenzie, chief executive of pub group Greene King, said: “Our frustration is that a lot of the data and history of what happened during the last reopening is being ignored. We opened safely and spent millions and millions on reopening and we know transmission rates didn’t go up.” In the gambling entertainment space, Paul Gauselmann, founder and CEO of the Gauselmann Group, which employs 14,000 people worldwide, has also written to the Prime Minister expressing his frustration and disappointment at the decision to delay the reopening of Adult Gaming Centres until May despite the fact that Licensed Betting Offices will be able to trade alongside non-essential retail from April 12. In his letter Paul Gauselmann said the decision placed a question mark on whether the company can continue to invest in the UK as planned.

Kate Nicholls, chief executive of UKHospitality underlined the importance of ensuring controls and restrictions are evidence-based and proportionate. She said: “We urge the Government to review the roadmap and look to remove or reduce restrictions on trading – table service, online or takeaway only, no standing outdoors – at the earliest possible opportunity. It may also be possible to allow some limited indoor operations to resume at an earlier date. While we understand the need for caution, we would urge the Government to review the roadmap again and make decisions based on data, not dates.”