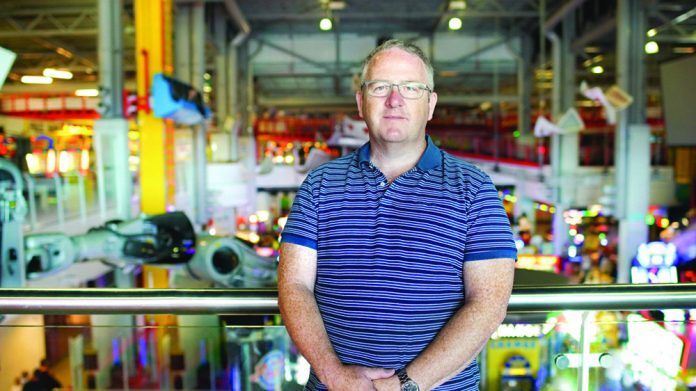 Lasting almost three years as chief executive of the Gambling Commission, Neil McArthur has resigned from his duties at the regulator, which will now start recruitment for an interim CEO.

The Gambling Commission has announced that Neil McArthur has resigned from duties as chief executive of the regulator.

McArthur has chosen to end his 15- year tenure with the Commission, having joined in 2006 as a legal advisor, before rising up the ranks to become chief executive in 2018, replacing Sarah Harrison.

During his tenure as chief executive, McArthur oversaw the implementation of numerous initiatives, many of which related to reducing gambling-related harms. Notable policies introduced under his leadership include the prohibition of credit cards on betting websites, enhanced age verification checks, and most recently new requirements to establish protections in the design of online products. While many of these initiatives were seen as successes by both the industry and its critics, McArthur also played a role in launching the more controversial Lived Experience Advisory Panel, the purpose of which is to give those impacted by problem gambling a greater voice in how gambling policies are shaped. The move has received a cool response, not for its intentions but rather it’s emphasis; former policies were implemented based on objective evidence, the lived experience programme provides the opposite with many arguing that the UKGC’s advisory panel puts the subjective feelings of 0.7 percent of the population with a problem gambling in a position to impact the freedoms of the other 99.3 percent – giving the vast majority the quietest voice.

McArthur’s standing has also taken a battering with the recent drive for affordability checks for gamblers, which has been described as a major overreach of the regulator’s authority.

An initiative that has served to turn some of his warmer adversaries stone cold, the decision to step down from the chief executive’s post will still come as a surprise. In the main, the industry found McArthur both ‘decent and reasonable’, but it also found him unreasonably intransigent when it came to regulatory procedures. That, most likely, had more to do with political pressure from bodies like the APPG-GRH whose very personal attacks were considered, even by a naturally hostile industry, cruel and unreasonable. One observer described the APPG as “the worst kind of hunting pack” after they tore into McArthur during an evidentiary hearing.

Irrespective, one of McArthur’s stand-out qualities was his reserve in the face of attacks that accused the regulator under his tenureship unfit for purpose. His response was measured and moderate.

Announcing his decision, McArthur said: “I am proud of everything the Gambling Commission has achieved during my 15 years with the organisation. We have taken significant steps forward to make gambling fairer and safer and I know that I leave the organisation in a strong position to meet its future challenges. With a review of the Gambling Act underway now feels the right time to step away and allow a new chief executive to lead the Commission on the next stage in its journey.”

The UKGC will begin the recruitment process to find a replacement for an interim period, but will allow outgoing chairman Bill Moyes’ successor to appoint a permanent chief executive. deputy chief executive, Sarah Gardner, and chief operating officer, Sally Jones, will jointly serve as acting chief executive as recruitment activities get underway.

“It was a surprise to hear of Neil’s departure. He has had a tough couple of years in a job where you have few friends and lots of scrutiny.

He brought some stability to the Commission allowing it to make some stead progress, but at the same time the pace of that change perhaps inhibited its ability to act quickly and decisively on a number of issues certainly earlier in his tenure.

The pace picked up. As an example regulatory settlements became the norm rather than the exception.

What I very much welcomed with Neil’s approach was his engagement with industry. We have long complained that a regulator needs to understand the industry it regulates and that the Commission did not.

One of Neil’s first moves as CEO was to spend a couple of days working in an amusement arcade. He also started to hold regular twice monthly calls with Bacta, where we built a positive working relationship.

I would like to see any new incumbent take that engagement forward; it is good for consumers, the Commission and for industry.

I would like to thank Neil and wish him well for the future.”

“Going back as far as the days following Philip Graf, Jenny Williams and Matthew Hill the Gambling Business Group has long been questioning the quality of the leadership at the Gambling Commission.

Whether it’s the cynical grandstanding commentary at trade exhibitions or the misrepresentation of problem gambling statistics made at the lectern to ‘fuel an agenda’, the Commission has indulged in far too much activity beyond its core function of Regulating UK Gambling.

With a scheduled changing of the Gambling Commission Chair due later this year, we can expect to see a fresh new culture coming into the regulator for 2022. Let’s hope that culture is one of engaging properly and genuinely with ‘those they regulate’. Let’s hope that they don’t allow all of their knowledge and experience resource to slip through their fingers and then claim that they need to recruit more ‘knowledge and experience’ to be able to regulate properly!

Let’s hope that the new culture does not see the Industry as the enemy, but rather as a resource that can help and support them to do a much better job of regulating gambling.

And hopefully with the support of the DCMS, let’s hope that we can look forward to working with a new guard at the Commission that is just like the Gambling Act Review – genuinely balanced, genuinely proportionate and truly evidence-led.”

“Neil had an almost impossible role to fulfil.

I had a regular one to one catch up with him and found him to be a decent and reasonable individual.

I think his legacy is that he headed up the Commission in one of the most difficult and turbulent times in its history.

I think he was determined, resilient and committed but the pressure on him was relentless from all angles.

The next Chief Executive will face the same challenges as Neil.”