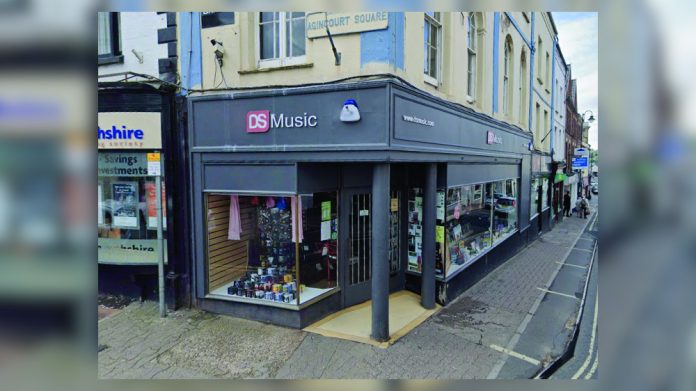 The mercurial Henry Danter is planning to expand the gaming offering in the historic town of Monmouth, promising the delivery of a “terrific asset”.

The owner of Barry Island Pleasure Park has received planning approval from Monmouthshire Council’s licensing committee to open a new AGC in Monmouth town centre. Henry Danter, who has operated the Barry Island landmark since 2015, said conversion of the former DS Music on Monnow Street would prove “a terrific asset to Monmouth.”

“Since applying, I’ve had many people contacting me and telling me what a great thing it would be for Monmouth,” said Danter, addressing the licensing sub-committee on 8 March. “Instead of having another empty shop, it will be something really good and we will make it really good, that’s what we do.”

“It will help the other businesses in Monmouth. It’s that extra asset to bring people into a dying market square, which it is at the moment.”

The submission received three objections from local residents, including one business owner in nearby Agincourt Square, who stated they “only want to see businesses that would attract people from far and wide.”

However Danter responded to the objections by noting the venue would be “well run,” adding that ID checks would ensure nobody below the age of 21 is granted entry, while stringent staff training would result in any customer spending too much money being “automatically stopped.”

“Not all these people are against it and the majority of people are for it,” said Danter, adding the AGC would be “a terrific asset” to the town centre.

The centre will require further planning permission before it can open.