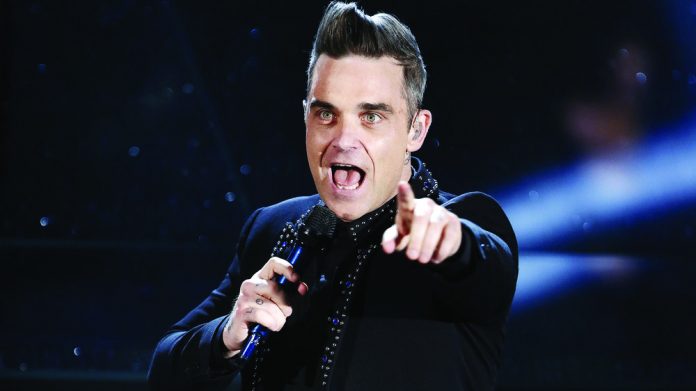 The prospect of letting Robbie Williams entertain you at Blackpool Pleasure Beach is a knicker throwing idea at the best of times, but when the star singer said he had dreams of buying the attraction, there was no knickers in a twist response from BPB. Its chief Amanda Thompson, clearly a fan of the star, managed to weave a Robbie hit after hit in her warm and witty riposte.

Robbie Williams has said he is “tempted” to purchase Blackpool Pleasure Beach, after reportedly being approached by the attraction’s owners to “reinvigorate Blackpool.”

The singer, talking to Alan Carr on the Life’s A Beach podcast, reminisced with the comedian of childhood trips to the iconic seaside resort, and what the future of the park could hold.

“We’d get on a bus at a working men’s club and they’d put on a day to Blackpool,” said Williams. “We’d go and rummage around, do whatever we did, and then come back to Stoke-on-Trent and get on with our lives.”

However, despite the former Take That star outlining plans for “a conglomerate of showbiz types” to “storm the place and reinvigorate Blackpool,” the owners of the Pleasure Beach were quick to respond to the claims, in clearly warm and humourous tones.

“Blackpool Pleasure Beach, which is wholly owned by the Thompson family has “No Regrets” that Robbie Williams may have “Misunderstood” that “Something Beautiful” like Pleasure Beach is available to buy,” a spokesperson told the Mail.

“With a view “Beyond the Sea” from the top of The Big One it’s no surprise he is interested, but for now let us entertain you when we reopen for our 125th season on the 12 April.”