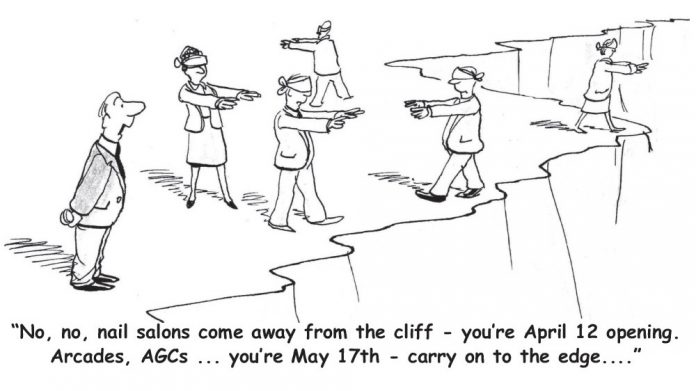 Ending lockdown too slowly is the real risk

The roadmap has caused further indignation, anger and disappointment for the industry, but not all of the science thinks the route marked caution

The government’s rather pedestrian roadmap to recovery should perhaps carry a warning that ‘Excessive caution can damage your health.’

The roadmap reveals a level of caution that will see large sections of the industry grimly marking more than 200 days of enforced closure like a hostage counting down the days to freedom.

Shuttered businesses and shattered dreams for legions of hard-working entrepreneurs who have been forced to trim their overheads – a grim euphemism for ‘letting people go.’

As the latest official numbers show, the number of pay-rolled employees has fallen by 726,000 since last February, with more than half – 425,000 of that total – accounted for by the under 25’s.

If the health effects of the pandemic have been felt most by the elderly, the economic pain has fallen disproportionately on the young, who tend to work in the sectors – including leisure, entertainment and hospitality – that have been hit hardest by restrictions which prohibit social interaction.

The availability of the vaccine(s) and the success of the immunisation programme should be a game changer. After all, the whole point of vaccines is to firstly protect the groups who are most vulnerable which then enable society and the economy to open-up.

Cases and deaths are at last trending downwards and the R rate is below 1 for the first time in seven months. So why such a lethargic response from the government?

When mass immunisation should be accelerating the recovery, it’s being used by those close to the PM to justify even more caution as ‘the science’ appears to be pursuing a zero Covid strategy which many believe to be an impossible goal.

As a number of Coinslot readers have put it, where would be without the vaccines – with some arguing that the economy would actually be opening much earlier.

David Livermore, Professor of Medical Microbiology at the University of East Anglia has cited hard and fast scientific reasons why lockdown should be lifted at a faster pace. In a Daily Telegraph article, he argues that dovetailing vaccination programmes with the opening up of society will expose the population at a time when their antibody levels are high and best able to fend off weakly covered variants thereby boosting and widening immunity. “The touted alternative of a very cautious reopening sounds safer but it isn’t” he concludes.

The good, the bad and the problem

For some reason, good news is not necessarily good currency for certain stakeholders in the gaming and gambling industry.

Take, for example, Tuesday 23 February. While the land based sector was reeling from the soul-destroying news that the Prime Minister’s roadmap to recovery had shunted it into reverse as arcades were pushed back to a May 17 re-opening; news coming into the Gambling Commission was very different.

Over at the regulator’s offices, there was cause for major celebration: it’s raison d’etre had witnessed a huge leap forward. Statistics from its latest quarterly telephone survey had shown a halving in problem gambling numbers to 0.3 percent – the lowest level for over five years, whilst those at low risk had also fallen significantly.

For a regulator under intense pressure from political quarters for its failure to address problem gambling – and with its entire existence under threat – you’d think the Commission would be keen to get this news out there.

But no. The news is out – but you’d have to work really hard to find it – and I mean really hard. Seven separate click throughs, navigating your way finally to here: https://beta.gamblingcommission.gov.uk/statistics-and-research/publication/year-to-december-2020

Which is where the findings from the Gambling Commission’s latest quarterly survey – by telephone to over 4,000 people – are tucked away; on the new GC website under the title of statistics and research published on Tuesday this week.

Bear in mind that this is pretty important news, given problem gambling is at the heart of the current gambling review. And even though the Commission considers this mode of research less reliable, it probably deserves a statement or a release?

Apparently not. Not yet anyway. On the very same day, Tuesday 23 February, the media all got a different Gambling Commission press release which was easily accessed on the website under News: “Data shows the impact of Covid-19 on gambling behaviour in December 2020”.

This release revealed month on month figures relating to online activity (November to December) and a rise in play – which the Commission acknowledged was a traditionally busy period of activity.

Whilst we know from general patterns of play over the years that this would be the case, the results didn’t look good for online gaming – although not as bad as painted by the commentary in the GC despatch.

That release got significant coverage across the media – including Coinslot which has run a lead on the story in this edition.

But now knowing on the very same day there was significant news on problem gambling behaviour, there is a sense that something isn’t quite right about the dissemination of news and information from the regulator.

It’s not so much a lack of transparency – the Gambling Commission are pretty good on being transparent. You can see right through them – both good and bad. I say that as a compliment and a criticism – and like everyone in the industry, I’d rather it was more of the former than the latter.

Yet, the telephone survey findings – which have seemed like an embarrassing mother to the Commission over the years – always tell a slightly different story to the public one the regulator usually puts out. Hence why the survey stats come with that caveat apology that the information can’t be reliable.

One wonders how unreliable it would be if it had shown a rapid rise in problem gambling: how quickly would that have been released?

Irrespective, there’s no conspiracy theory here; that’s just ludicrous. But there is a pattern of behaviour that isn’t right or fair.

The telephone survey findings are actually a tribute to the endeavours of the Commission – it has worked hard to curb increases in the numbers and it has succeeded in doing so.

The pedestrian release about monthly online play issued by the Gambling Commission on Tuesday does support the narrative; unfortunately, the noteworthy problem gambling research uploaded to the bumfuck backwoods of the Commission’s website clearly doesn’t.

If we’re going to have a meaningful, honest debate on problem gambling, at least give us all the data in equal measures. Shouting out the bad news and tucking away the good, doesn’t look right. 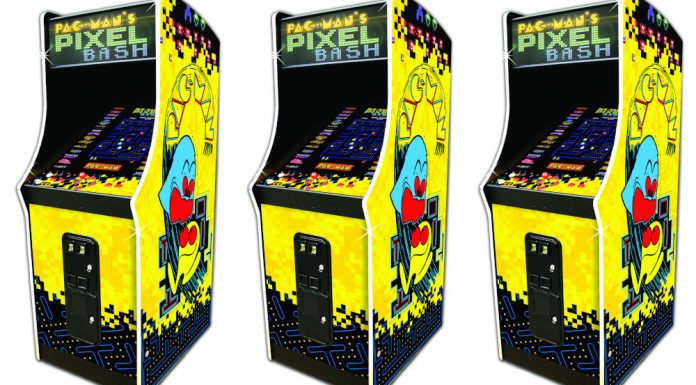