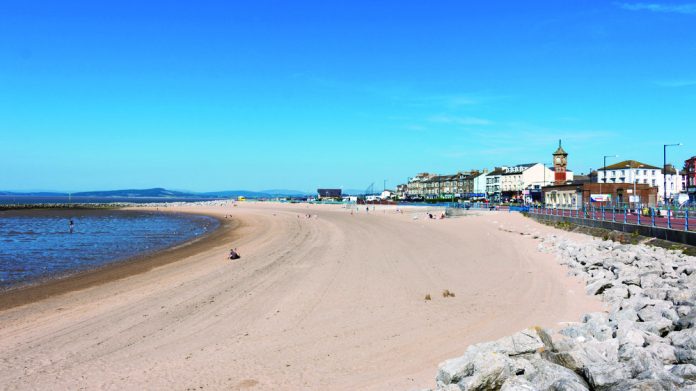 A report by the Labour Party says that seaside towns are at most risk of the economic fall-out from Covid-19. But there are some positives for coastal towns. Morecambe, the ‘Naples of the North’, is one example of a seaside resort that has a lot in its favour.

Lancashire seaside resort Morecambe is enjoying something of a revival, with a combination of investment, development and TV promotion causing a significant upturn in national interest.

With the picturesque coastal town featuring on ITV drama The Bay, and the £85m Eden Project North set to open on the front in 2023, things are looking up for “Naples of the North.”

“There’s been a huge amount of interest recently, the market’s boomed as people are realising what Morecambe has to offer,” iBay Homes director Laura Fort told the Mail.

“There are great schools, it’s affordable, laid-back and you’re never more than five minutes away from the sea. There are big businesses here, we’ve got two power stations, two universities and a hospital.”

The town has witnessed a recent 71 percent surge in interest from house buyers online, alongside a 22 percent increase in searches for houses to rent in the area, particularly in the resort’s West End.

“The West End used to be the golden place to be but then it became very deprived,” said Matthew Kitchen, property expert at Lancastrian Estates.

“But it’s had a huge amount of investment over the past ten years or so, and there are some absolute bargains in the area. The terrace houses there are beautiful. They’re full of original features and close to shops and new restaurants.”