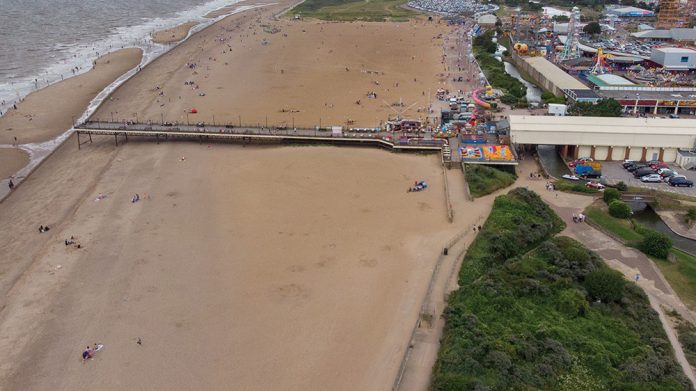 The Mellors Group have suggested that their acquisition of Skegness Pier will see the structure extended back past the point where storms cut it short in 1978.

In acquiring Skegness Pier, the Mellors Group has said that it plans to restore the attraction to its former glory – by rebuilding a stretch of its length lost to the sea for over forty years.

The Victorian pier, originally opened in 1881, suffered devastating damage during storms in 1978, which washed away the portion of the boardwalk which connected the pier to its end structure. Whilst the tail-end of the pier remained intact, it was ultimately demolished in the mid 1980s due to a lack of funds available to make the requisite restorations.

But all that looks set to change: with Mellors – which already owns nearby amusement park Fantasy Island – pledging to sink into its latest acquisition all the resources it requires for both extension and modernisation.

“We pride ourselves on delivering the highest standard of attractions and we have some fantastic investment plans to elevate Skegness Pier and propel it to the next level, immediately,” said its managing director James Mellor. “Since the purchase of Fantasy Island, Skegness has become a second home to my family, and we look forward to delivering new experiences to residents and visitors of Lincolnshire alike.”

Meanwhile, former owner Carolyn Wilkinson said that it had been a “difficult decision” to sell the business after 45 years of tenure, but said she wished the Mellors “every success” in their operation of the iconic attraction.

The sale was also a coup for broker Christie & Co. Managing director Jon Patrick said that the degree of interest in the pier – listed for a guideline price of £3m – was an encouraging sign as to the long-term prospects of the UK’s leisure sector, despite prevailing headwinds.

“In over 35 years of selling leisure businesses, few have come close to the intensity of interest generated by this instruction which led to a competitive bidding process, multiple cash offers being received, and a sale being agreed in excess of the guide price within four weeks of launch,” he remarked. “This would be an incredible achievement at the best of times, but set against the current backdrop is quite remarkable and is an indicator of the underlying strength of the UK leisure market for top class assets as well perhaps an understandable strengthening of staycation interest in coast and country locations.”