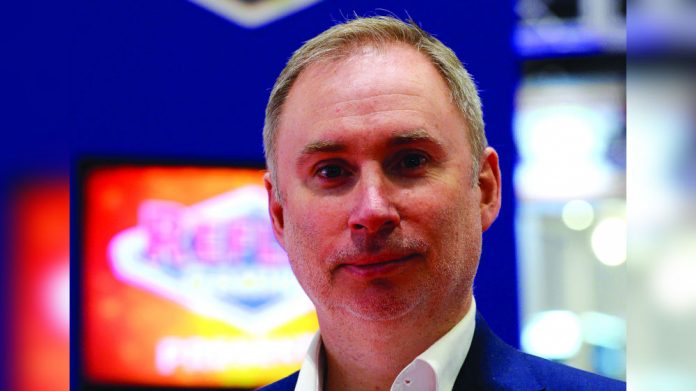 Despite having the support of the cabinet minister for local government, a faceless employee at Newark’s district council has yet again denied Reflex Gaming of any chance at business support funding.

Stott had already caught the ear of his representative in Westminster Robert Jenrick MP, who had petitioned Newark & Sherwood District Council on Reflex’s behalf – explaining that as the company was an exclusive supplier to the hospitality and amusement industry, lockdown had eliminated its ability to generate revenue.

Jenrick’s first lobbying attempt to the local authority, which was covered in Coinslot last month, was turned down with what was clearly only a cursory review of Reflex’s case by a junior staffer.

Meanwhile, just this week, a follow-up email from the Newark MP pressing Reflex’s eligibility argument to NSDC was also casually dismissed, under the auspices that Reflex is “not a customer-facing leisure business and have not been mandated to close.”

To add insult to injury, the response Jenrick received from NSDC wasn’t even signed off by a named member of staff: and it even spelled Stott’s name wrongly.

“It’s a bit like the ‘computer says no’ sketch from Little Britain but this time, it’s a nameless, faceless representative of Newark & Sherwood District Council saying no,” Stott told Coinslot on Tuesday. “I have always found Mr Jenrick to be very helpful and proactive – but he has now contacted the council twice on our behalf, and it’s simply like banging your head against a brick wall.”

“I presume if the government directly forced our business to shut – rather than us being shut because they’ve completely closed down our customer-base – we would qualify,” he continued. “But the two are one and the same thing, so I’m just baffled and demoralised by their decision.”

What’s particularly striking about Stott’s case is the fact that Robert Jenrick both holds a seat in the cabinet office (as secretary of state for local government, no less), and was firmly of the belief that the Discretionary Grant funding provided to local councils throughout the land was specifically designed to benefit companies like Reflex. It’s a paradox that hasn’t escaped Stott’s attention.

“What frustrates me as much as anything is that whoever the local officer is doesn’t know Reflex, doesn’t want to know Reflex, but still has the power to deprive one of the region’s better known businesses of any kind of support,” he told us. “Clearly these local gods are not qualified to be given such power.”

So, what happens now? Stott has confirmed that he will seek advice from trade association Bacta who will undoubtedly raise the anomaly with government officials. But the underlying issue remains: the UK amusements and gaming industry has a cash crisis and government funds – meant for businesses like Reflex Gaming – are not reaching it through local authority channels.

QUENTIN STOTT IN HIS OWN WORDS

CS: What’s your take on your MP Robert Jenrick? What has been his view on Reflex’s eligibility for business support?

QS: I have had some very productive and positive conversations with Robert Jenrick over the years and have always found him completely straight forward to deal with. On this occasion, Jenrick felt that the Discretionary Grants that had been made available to Local Authorities to support businesses who had been severely impacted by the pandemic, but had fallen through previous support measures, was absolutely designed for companies like Reflex.

CS: Do you think the treatment you’ve received is limited to Newark & Sherwood Council, or is there scope for it being a wider national problem?

QS: I know it’s a national problem from my involvement with Bacta. Every Bacta Division 4 member has been severely impacted by this pandemic and I was hoping that, with the assistance of Robert Jenrick, I could gain some discretionary financial support for Reflex through our local council and share a positive outcome with other members. I was clearly wrong.

CS: Where does this decision leave Reflex? And what impact could it have if this is what’s happening to businesses in our industry across the country?

QS: This decision leaves me very deflated and my opinion of Newark & Sherwood District Council couldn’t be any lower. I’m sure many companies in our sector are feeling the same way. Local councils are simply showing us no support whatsoever. Not even any interest. And yet, I’m positive that it won’t be long before the government gives its rallying cry about “getting businesses and the economy back on track” whilst they slowly lift out of lockdown. And so there’s a clear hypocrisy at play here. And if central government is really serious about trying to restore the pre-Covid economy to anything like its former self, then our case illustrates that it simply has to take at least some of the reins back from local government.