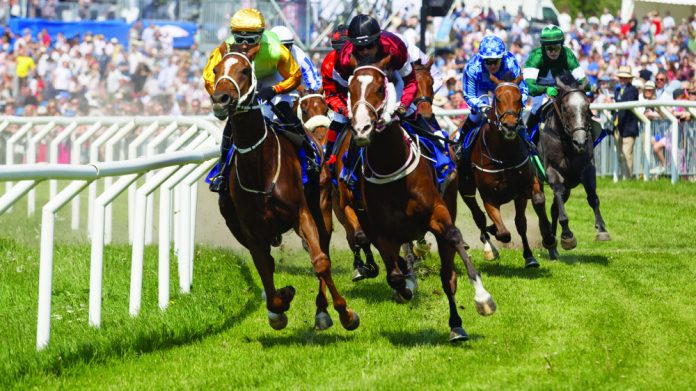 Criticism is being aimed from Westminster at the regulator’s suggested limits to individual monthly gambling spend…and the punters aren’t thrilled with the idea either.

A prominent Conservative backbencher has levelled criticism at the Gambling Commission, arguing that their proposed introduction of affordability checks on gambling wagers pose “nothing more than an affront to liberty.”

Writing in the Daily Express last weekend, Andrew Bridgen MP argued that the proposals – which would seek to limit online gambling losses to £100 per person – fitted into a wider picture of “big Government wanting to control what we do in our lives,” an ideology which he argued had found furtive ground against the backdrop of the Covid-19 pandemic.

“Whilst I agree a review is desperately needed, particularly as the Gambling Commission have seemingly been asleep at the wheel for a number of years,” he argued.

Elaborating, Bridgen said that any kind of regime in which affordability checks were implemented would form the basis of “a bureaucratic nightmare,” and said that such a scheme would “raise huge data protection issues and undoubtedly drive punters either away from the pastime altogether or worse – into the black market.”

Meanwhile, punters themselves have also been vociferous in opposing any potential incursion on their wallets from the state.

Indeed, the Racing Post has claimed to have received “an avalanche of emails” which it said “underlines the vehemence of [the readership’s] views that this imposition would be an intrusion into your personal finances and one which would cause many of you to curtail or cease betting.”

One punter, who gave his name as Terry Simmons, perhaps best articulated the crux of the betting enthusiasts’ concerns.

“I am a small-stakes punter…the biggest single bet I have had is £20 and I only ever bet what I can afford to lose,” he said. “That assessment is made by me and I do not need the state doing it for me.”

AFFORDABILITY CHECKS: TOO TOTALITARIAN…EVEN FOR THE GUARDIAN

You know things have gotten pretty bad when even the Guardian thinks the government is starting to overstep the mark a bit. Nevertheless, this week saw the woke media outlet – which in its embrace of leftist totalitarianism increasingly resembles the output of 1930s Pravda – actually ran an op-ed piece from its deputy sports editor which laid into the Commission’s proposed affordability checks, on the grounds that the repercussions could be “financially devastating” for professional sports.

“Aimed in theory at protecting the vulnerable and minimising the losses of problem gamblers in the grip of a potentially ruinous addiction, these checks seem genuinely well-intentioned,” wrote Irish journalist Barry Glendenning. “However, closer inspection reveals them to be astonishingly intrusive and tantamount to a breach of civil liberties.”