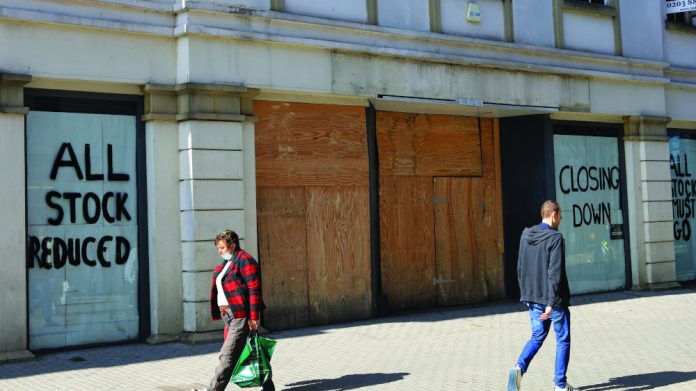 The high street is crying out for financial support as footfall and spend enter free fall.

The size of the task facing businesses reliant on high street footfall, including pubs and AGCs, has been put into stark relief based on the latest research findings from the British Retail Consortium (BRC).

According to data from BRC-ShopperTrak covering the period 3 January to 30 January, footfall declined by 78 percent year-on-year and compares with a 76 percent decline during the second lockdown (5 November-2 December).

High Street footfall fell by 73.3 percent year on year, with the figures for Shopping Centres down by 78.2 percent.

Helen Dickinson OBE, chief excutive of the British Retail Consortium, stated: “Footfall went from bad to worse in January, dropping by over three quarters. So far, retail locations in England are being hit harder than in the previous lockdown. Under tight restrictions for the whole month, shopping centres saw the biggest decline in footfall of all retail locations, overtaking high streets for the first time since July 2020.

“Retailers have been playing their part, stepping up safety measures wherever possible in order to keep staff and customers safe. Nonetheless, the future uncertainty for closed retailers puts many jobs and stores at risk. In the face of rising rents and return to full business rates liability from April, businesses are having to make business decisions about their future.

“Government must reassure those who have been hardest hit by the pandemic that they will receive vital financial support. Without urgent action, including a targeted extension to business rates relief, we will continue to see the collapse of more stores and consequent loss of many more thousands of jobs.”

In a separate survey, Barclaycard said spending in January was at its weakest since May 2020 with consumer spending down by more than 16 percent year-on-year.

Sluggish growth predictions from leading thinktank, the National Institute of Economic and Social Research (NIESR), and the end of the Government’s furlough scheme scheduled to close in April will, it says, see unemployment rise sharply to 2.5m (7.5 percent of the workforce) by Q4 2021.