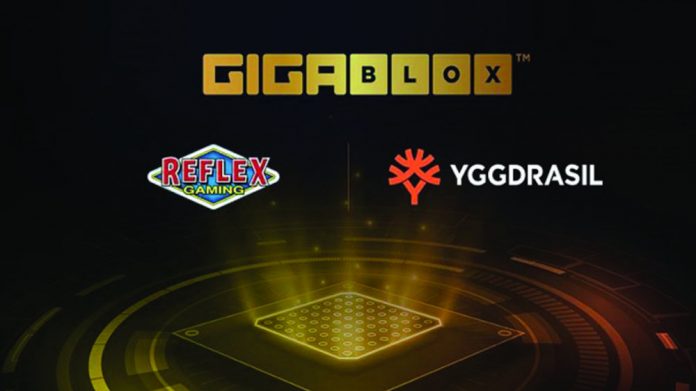 Reflex Gaming has announced a new licensing deal with Yggdrasil that will see the developer’s Mechanical Frameworks range incorporated into Reflex’s game suite.

“These exciting design elements will enable us to raise the bar even higher in our games,” said Reflex CPO Mat Ingram. “We have a full game launch schedule for 2021, with some epic releases coming.”

“We are really impressed with what Yggdrasil have done on their games using these mechanics. Our game design team already have ideas on how to deploy these clever slot mechanics on our own upcoming games.”

This new license will enable Reflex to incorporate the Gigablox, MultiMAX and Splitz game mechanics into future launches through the Masters’ program, with the Yggdrasil-developed elements already proving popular with players.

Gigablox enables gigantic symbols to appear on reels, leading to “monster wins” when stacked, MultiMAX allows multipliers to accumulate on the reels resulting in cascading wins, and Splitz can divide symbols on the reels, delivering increased win potential for players.

“In an increasingly congested online gaming market, it’s imperative to stay ahead of the game through innovation,” said Reflex. “These mechanics were developed with players in mind, combining state-of-the-art graphics and raised levels of thrilling gameplay.”

Following the agreement, Reflex will begin embedding the mechanics into its online game suite from this year onwards.

The use of established, successful mechanics will also allow the company to increase the speed of its own game development process, helping to expand both the quality and breadth of its player offering.