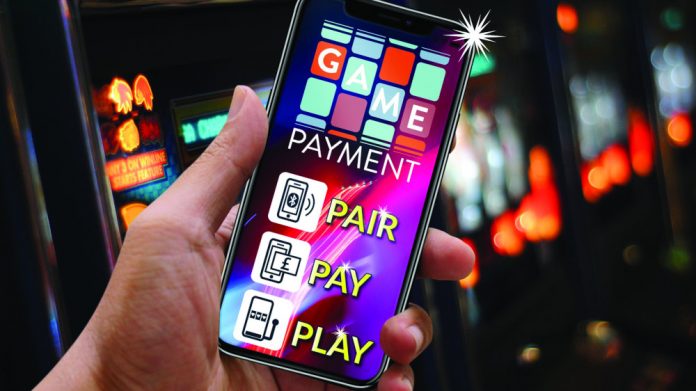 As is the case with many great innovations, the Game Payment app, headed by industry trade association Bacta, and supported by directors from Reflex and Essex Leisure, is proving to be useful beyond its intended means as a cashless solution. Reflex’s Mat Ingram reveals that the app’s potential to solve ongoing social responsibility concerns has become its most important feature.

Bacta’s Game Payment app has fast become as much of a social responsibility solution as it is a cashless solution, according to Mat Ingram, director of Reflex.

Built from the ground up specifically for the British amusements industry, the Game Payment app is a joint venture between Bacta and payment specialists Polar Moment, with manufacturers Reflex Gaming and operator Essex Leisure also key parts of the development team. Backed by expertise from all corners of the industry, the app was conceived with the main aim of solving the industry’s looming cashless crisis, a battle for which pubs and clubs are on the front line – and one the sector was destined to lose without taking action. Over the last few years there have been several false starts towards that action, but Ingram believes the Game Payment app is the “elegant and cost effective” answer to the cashless challenge pubs face, and not only that, he is now convinced the app can address the increasing number of questions being asked of the industry on socially responsibility.

“At the start of our cashless journey, this aspect was something that we knew we needed to fold into our thinking,” he explained. “Over the course of that journey it has become clear that this may be the most important part of what we were trying to do. There is a genuine concern at the UKGC and with the public more generally about giving players access to their bank accounts to play gaming machines.”

Ingram added that, personally, he thinks this concern is largely optical, drummed up by inflammatory language from certain media outlets, when in reality the difference between using cash or electronic funds is rather small.

“However, one thing that has become clear from my dealings with the UKGC and also feedback from certain groups such as the Experts by Experience, is that there needs to be more opportunity in gaming machine play generally for players to consider what they are doing,” continued Ingram. “Using the Game Payment app really helps here as we can message the player directly at certain key moments, for example: after a certain amount of time playing or at a certain level of spend, as well as give the player the facilities to set daily or weekly limits or cool off entirely for a period of time. The app also reintroduces the multi-stage factor again as the player needs to first transfer funds from their bank account to their app wallet before then transferring any to the gaming machine. This behaviour exactly mimics the use of cash but in a far more convenient and current manner. I firmly believe that the Game Payment app, far from causing behavioural problems, solves many of the existing concerns that are already out there.”