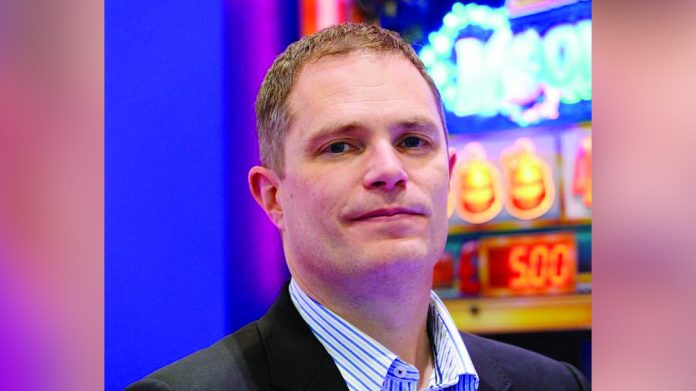 The long reign of cash in the industry is coming to an end, and while some may mourn its departure, Reflex director Mat Ingram believes cashless payments can serve the industry just as well, if not better, than its longstanding predecessor.

The trend away from cash is clearly escalating, leaving the industry currently in a commercial straitjacket. What are our options under present regulations?

Really, the only options currently are some kind of ticket-based system, or a wallet-based system. The former, of course, is already in place in many AGCs and other multi-machine venues where it makes more sense given the implementation cost – ATMs, TITO servers and so on.

Other types of multi-machine venue such as casinos often have account-based play whereby the player uses an account card or logs on to the machine to access funds that are held in a central wallet infrastructure. Again, these systems are generally fairly expensive to implement but make sense when the venue contains many machines and/or the retailer has many venues that can use the same system. These systems also make sense in such larger installations as they can also be used for other types of communication with the players both for gaming and non-gaming applications. However, for pubs and clubs which contain only a few machines (or even only one) these systems are prohibitively expensive or cumbersome to deploy.

Looking forward, does the industry have to prepare for the end of cash in venues or is it going to require a different approach for AGCs and pubs as opposed to FECs and seaside arcades?

At Bacta, we perceive the biggest risks to be in pubs and clubs. Before lockdown, pubs particularly were seeing a huge portion of their over-the-bar revenues coming from cashless payments as the public gravitate towards card and phone payment systems, and the number is growing steadily. People are just not carrying cash in the same way that they used to, and this is beginning to affect gaming machine revenues.

To some degree, AGCs and FECs already have solutions to the cashless issue as I mentioned above, but where they have no current solution, the GPT solution is a great contender to address the shift in consumer spend habits. In pubs we have no such solution, and so have spent a lot of time, effort and money to create one. So, yes, we do need to prepare and we are doing so..

You have spent a lot of time looking into the cashless trend and working on innovations that will support the industry in this transition. What are the key issues that have been shaping your ideas, and what do you think the solution is?

The key issues in architecting a cashless payment solution are: cost and ease of implementation, backwards compatibility with older technologies, ongoing costs of use and addressing concerns around harmful behaviours that may be exacerbated by the use of cashless payments. The good thing is that we were starting from scratch rather than trying to make an existing technology fit for purpose which meant that we could think really laterally about how to approach the problem.

Bacta also partnered with a technology company called Polar Moment, who were payment systems experts rather than gaming experts, which meant that we got a completely fresh perspective on solving these issues. The resulting solution, the Game Payment app and infrastructure, is, I believe, a flexible, elegant and low cost solution that is easily implemented with a trivial hardware installation and a minor software modification. Also, as the player facing element of the system is app-based we can use this for all sorts of messaging and allow the player base to completely control the way in which they gamble across any compatible machines nationally, which will hopefully reduce some of the harmful behaviours about which the UKGC and our industry are rightly concerned.

Much of the industry’s positioning for cashless payments rests on the need to meet consumer choice and offer a breadth of payment options. How important is this principle to the industry and what cost implications will it have for an operator?

Of course, we would like to be able to offer a variety of payment solutions to the player. However, there may come a point at which cash is no longer a cost-effective option operationally. Secretly, I personally rather hope that this does become the case! If so little cash is being used in machines there will definitely be a tipping point at which we only offer cashless payment methods. I would say, that a huge majority of service calls and faults on machines are down to cash handling peripherals. At Reflex, we can see this on our Slingshot back-office system where we monitor faults on a real-time basis. If we had no cash handling peripherals, it would reduce the number of faults by at least 80%, which would mean huge advantages for operators and more uptime on machines. Admittedly, this reduction may get slightly mitigated by the odd fault on the cashless solution hardware, but this would be a very minor effect. Cash handling hardware tends to go wrong because there are so many moving parts that interact physically with the real world, and this also makes them prone to fraudulent attack and other nefarious activities. The cashless hardware has no moving parts, does not interact physically with the real world and has the highest levels of security surrounding it, as you might expect from something that interfaces with the banking system.