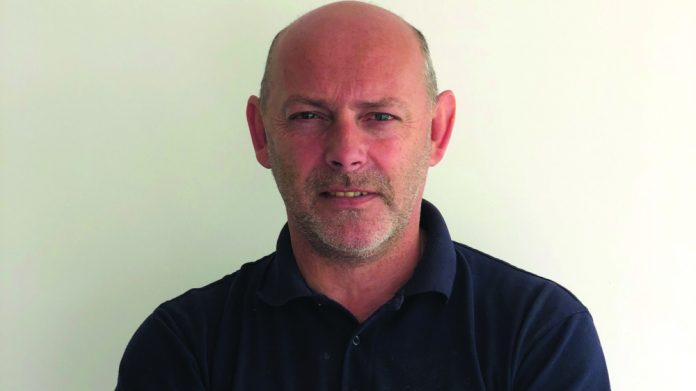 After calling out the Gambling Commission in last week’s Coinslot for ignoring flagrant cases of unlicensed machine sales, Instance Automatic’s Ian Eason has received a backing from licenced sellers, a backlash from the black market, and a big fat nothing from a regulator that appears to have turned its back on the problem.

The Gambling Commission is yet to respond to Ian Eason’s call for more vigilance against unlicensed dealers, leaving the Instance Automatics managing director to receive a backlash from the black market that should rightly be borne by the regulator.

Eason has, however, been backed by the industry, especially those that are particularly aware of the damage that unlicensed machine sellers pose to both the industry and its players.

“I’ve had a good response from the industry, especially the single site operators that hold a licence, as they are starving at the moment due to no business and no help from the government to keep going,” explained Eason. “They want the Gambling Commission to watch and take more action against sellers with no licences, it needs to be an equal playing field, if you sell machines, you need an operating licence, if you don’t have a licence don’t sell machines.”

Of course, the black market wasn’t so supportive. Despite Eason’s best efforts to communicate with and educate the groups that perpetuate the partaking of unlicensed machine sales, he has been met with hostility and threats.

“They all think I grassed them up to the GC which of course is not the case. I did a day or so work to clarify what we as businesses can and can’t do, and generated facts, these groups are living on fiction,” he continued. “I’ve had a few threatening comments and also stupid comments from people that are clueless. Honestly, it would have been easier to teach a dog to talk than teaching some of them the gaming laws.”

Yet Eason still made the effort to inform such groups that what they are doing is against regulations, which – some will say – is more than can be said of the Gambling Commission. Indeed, despite threats against his person, it’s not a personal issue for Eason; it’s a regulatory one. He simply believes all machine sellers, whether on Facebook or at an administrator’s auction, should have to be licensed by the Gambling Commission.

“Recently Alan Davis Automatics sadly went bust, and their assets were taken over by an administration company. There were clearly fruits, pushers, percentage cranes etc. in the auction and in the company’s assets,” said Eason. “The administrators went on to sell it all at auction, clearly the administrators have no gaming licence, so realistically this was an illegal transaction on their behalf, and I ask; is this the kind of transaction the Gambling Commission should be looking at? I think the legislation just needs to be clear and policed.”

It’s a simple request; for the regulator to regulate. But time and time again the Gambling Commission has ignored a crucial aspect of its responsibility, and there comes a point where a lack of enforcement starts to legitimise the very actions they are supposed to prevent.

“Looking at the ‘illegal’ selling of machines online, this has been going on for years. Has the lack of action basically legitimised it?,” asked Eason. “The Gambling Commission should monitor it, or they should employ a company or person to monitor it, clearly it’s easy to see who is doing what.”

Since last week’s article, Eason has continued the conversation with Bacta, but as of time of print, the GC has yet to be in touch.

CLARITY ON THE LAW RELATING TO GAMING MACHINE SALES

• Operating licence, to supply: To supply, install, adapt, maintain and repair a gaming machine or part.

• FEC Licence: To operate an Family Entertainment Centre premises (this license DOES NOT allow you to Manufacture, Supply, Install, Adapt, Maintain & Repair a gaming machine or part of a gaming machine. You are not allowed to repair your own machines either, you ARE NOT allowed to sell machines to anyone other than trading them in for newer equipment ) NB you can update to an FEC Linked Licence that allows you to repair your own machines, but it does not allow you to supply machines.

• AGC Licence: To operate an Adult Gaming Centre Premises, (this license DOES NOT allow you to Manufacture, Supply, Install, Adapt, Maintain & Repair a gaming machine or part of a gaming machine. You are not allowed to repair your own machines either, you ARE NOT allowed to sell machines to anyone other than trading them in for newer equipment ) NB you can update to an AGC Linked Licence that allows you to repair your own machines, but it does not allow you to supply machines.

• You CANNOT act as an agent or a salesperson for a company that holds an operating licence, unless you hold an operators licence yourself.

• You are able to obtain a permit to sell gaming machines (one off licence) which allows you to sell legally, after speaking to the commission they said “ You can obtain 2 permits per year, per person, if you apply for a third permit the commission will treat you as requiring an operating licence, all transactions are monitored & logged”

• For Home Use only: This has been seen on a lot of social media sites, making the sellers think if they use this they are exempt from any issues, this is fiction & does not exclude you from the licence.

• Pre Legacy machines: The Commission and the industry has no interest in the collectors and enthusiasts of these machine, people collect stuff from the early 1900s to date, these normally change hands collector to collector & I can see no problem with this, if you buy and sell these regular though you need either a permit or an operating licence.